"The Friendly Confines" bringing some not-so-friendly feedback from neighbors 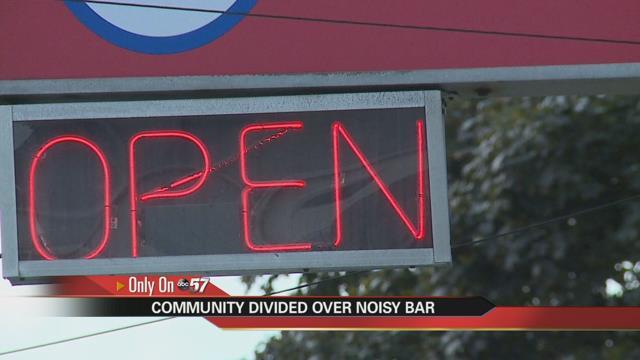 A local watering hole called The Friendly Confines is drawing criticism from some neighbors.

It’s a neighborhood spot on South Bend’s west side that some believe is have a little too much fun in their backyard.

There has been a bar in that location on Dunham Street for about 20 years and the new owners think they are just giving their customers a good time, but some say it’s a little too loud a little too late.

“I just like to support the neighborhood bars,” says Ismael Briones, a local at the Friendly Confines. “I think they did a really nice job with this one.”

Briones says Friendly Confines is a nice addition to the neighborhood, but others disagree.

“When you can’t go to sleep until 2:00 a.m., that’s very difficult,” says Linnie Caye, a long-time resident of the west side.

Caye says she doesn’t mind having a bar in her neighborhood, it’s the outdoor area keeping her up at night.

"There’s never been a bar that used the outdoor area as a nightclub,” says Caye.

“We wanted something that was going to feel like our backyard and it does,” says Mai Lynn Markiewicz, owner of the Friendly Confines.

“We’ve limited our music to just Friday nights and stop it at 11:00, we’ve met with the police department, we’ve met with code enforcement.”
She also says South Bend Police officers are frequent patrons of her bar.

So, while Markiewicz and her husband say they’re just bringing a part of Chicago and a little something different to the west side, neighbors wish a better agreement could be worked out.

“If you’re going to call your bar The Friendly Confines, prove it by being a little more friendly to your neighbors,” says Caye.

Markiewicz says she wants her neighborhood to be happy about their business, so she’s encouraging neighbors to come talk to them.

In an update, Council Member Henry Davis, Junior told ABC 57 News that the Friendly Confines will be cited for their outdoor area by Code Enforcement this week to make sure all laws are being followed.