The future of policing in Michiana 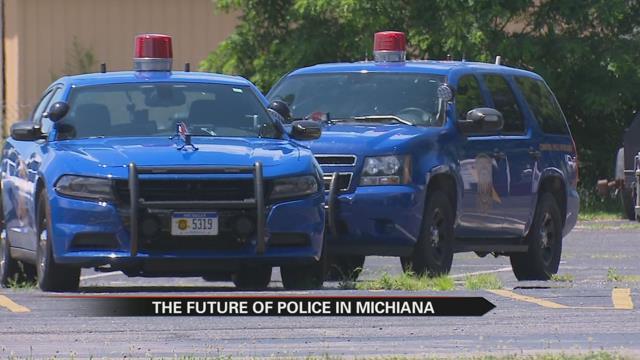 As the nation mourns and tries to understand the violence that has occurred this week, we wanted to know what the future of policing looks like here in Michiana.

ABC57’s Taylor Popielarz spoke with the director of the criminal justice program at Southwestern Michigan College and the post commander at the Michigan State Police post in Niles to find out what’s being done to improve community relations with police and keep recruitment numbers up for departments.

“If anything, it’s more or less strengthened their resolve, I would say, even more so,” Don Ricker, director of Southwestern Michigan College’s Criminal Justice Program, said when asked if his students still wanted to pursue careers in law enforcement after so many police-involved tragedies.

“It’s a calling, a desire to serve and to help others and that’s what motivates you,” Ricker, a former police officer, said.

He said his 120 students enrolled in his program complete a general criminal justice curriculum, but they also work closely with Michiana police.

“So the local law enforcement here from the Michigan State Police and Dowagiac Department of Public Safety and Cass County Sheriff’s Office literally will come [meet with students] on a weekly basis,” Ricker said.

That involvement in the community is something Michigan State Police are focusing on to address a growing problem.

“It seems like the number of people that are applying [to become officers] has dropped significantly in the last couple years,” Michigan State Police Lieutenant Mike Dawson, the Niles post commander, said.

“It’s hard to get a diverse group of recruits,” Dawson said. “Every agency is struggling. The majority of all applicants right now are white males. And you know, you try to figure out why, and it’s hard to explain.”

Ricker said his program’s applicant pool is reflective of that too.

“I would say the highest percentage are still, particularly with the male students, interested in policing of some sort,” Ricker said.

Dawson said the Michigan State Police is hosting more community events, increasing training for things like recognizing biases and they are putting a lot of effort into recruiting locally.

“We’re doing so much more community work than has ever been done at the local level, at the county level, at the state level,” Dawson said. “We’re spending much more time [on it] than we did 20 years ago.”

“I hope that this doesn’t sway anybody from pursuing their goals of becoming a member of the criminal justice force,” Nix said. “Police are always gonna be needed, violence will always be around, so, somebody’s gotta step up and do the job.”

Dawson said a big focus for his department is having his troopers work directly with community leaders – many are working closely with Berrien County ministers to improve communication with residents.