The Future of Trucking: How self-driving trucks will change the industry 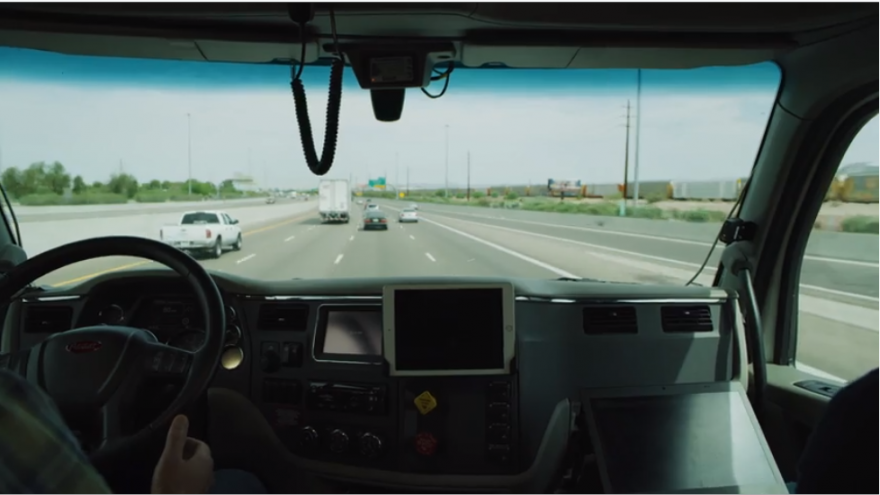 SOUTH BEND, Ind. --- One of the largest industries in the U.S. is threatened by automation.

The reality is self-driving trucks are already here and they’re already beginning to change the industry. But, automation won’t completely wipe out truck-driving jobs; it will likely only change the job duties.

The American Trucking Association estimates 160,000 driver positions will go unfilled in the next decade. That’s why some think automation is the answer.

Jeff Curry, the CEO of Premier Transportation Logistics, has spent over 30 years in the trucking industry. He is actively working to try to combat the shortage. As a board member at Lake Michigan College, he’s worked to help bring a truck-driving course to the college, which begins this semester.

“You can’t find the drivers, you can’t move the freight, you’ve gotta move it in a more cost-effective way, there is this great motivation to automate,” Curry said.

At Ivy Tech College, they’re already training students behind the wheel. A CDL course kicked off in the last year.

“Enrollment is going really, really well. There are a lot of people interested and that see the demand. There’s a huge demand for truck drivers right now and it’s just getting more and more, Scott Longacre said, Ivy Tech’s CDL Training Instructor.

Even with automation looming, experts at both colleges say the changes coming to the industry make the job that much more attractive. A new study from Uber even suggests that driverless truck could create more trucking jobs. That’s because automated trucks still require someone behind the wheel.

“This is a very solid career path to enter today,” Curry said. “A lot of comparisons are made to the airline industry and what pilots do in planes. Do they get in there and actually fly the whole way? No. They have technology so, they’re technicians, they’re in there and they know how to work with the technology that’s in the plane.”

Now the question is no longer will the trucking industry become fully automated, it’s when. Edward Herendeen, the Automotive Program Chair at Ivy Tech College, says that automation is almost inevitable.

Like Curry, he’s confident truck drivers won’t lose their jobs. It’s an industry that will likely always need the human touch in some way.

“If I was a company that had that ability, I don’t know if I’d want to have a complete autonomous semi running down the road with however many thousands of pound that they carry without someone in the vehicle,” Herendeen said.

Right now, there are a handful of trucking companies in the United States testing and driving autonomous trucks. Tu-Simple, which started back in 2015, is one of them.

Brown says they have 37 trucks working in Arizona and they’re testing the technology with trained truck drivers behind the wheel.  So far, it’s been nothing but positives. Productivity and efficiency on the road have increased significantly.

“A cross country trip that would normally take five days could take two days,” Brown said. “These trucks don’t care about when they’re sent out so you can send them out in the middle of the night and avoid those congested traffic hours, get those trucks off the road in rush hour, which helps all of us.”

The trucking industry will need the human touch for at least the next decade; that is until they can perfect the technology for a completely driverless truck. For now, it’s safe to say that change is on the horizon.

Truck drivers looking to make the switch to drive automated trucks will likely only be required to receive a certificate of automation, but the requirements will vary from company to company, according to Brown.