The Latest: Cruz promises bill to deal with border crisis 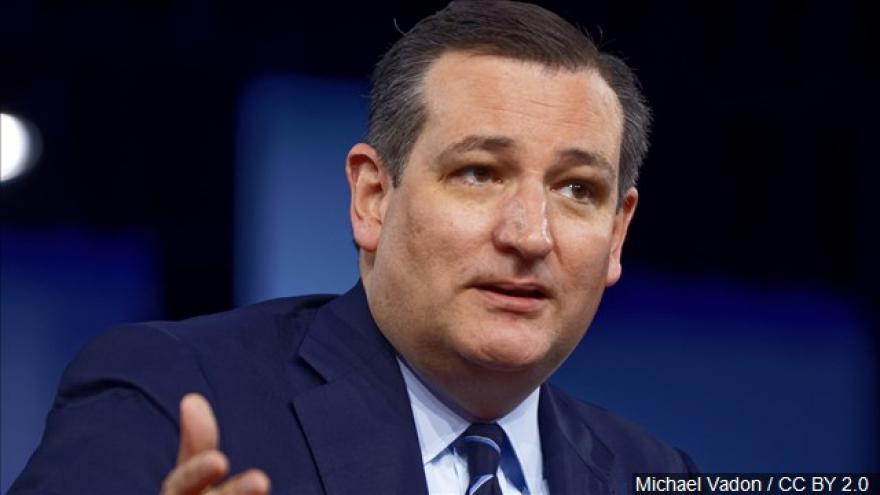 WASHINGTON (AP) — The Latest on President Donald Trump and immigration (all times EDT):

Cruz has released a statement saying: "All Americans are rightly horrified by the images we are seeing on the news, children in tears pulled away from their mothers and fathers. This must stop. Now."

The Republican senator says his proposal would double the number of federal immigration judges; authorize new temporary shelters that can accommodate families; and mandate that families immigrating illegally be kept together, absent criminal conduct or threat of harm to the children.

Cruz also says his proposal would provide for expedited processing of asylum cases so that, within 14 days, those who meet the legal standards will be granted asylum and whose who don't will be returned to their home countries immediately.

A newly released audio recording that depicts screaming children being taken away from their parents has added to the outrage over the Trump administration policy of separating families at the U.S.-Mexico border.

The recording captures the cries of Spanish-speaking children being processed by U.S. officials.

The recording, first reported by ProPublica, was later obtained by The Associated Press. Attorney Jennifer Harbury said she received the tape from a whistleblower and told ProPublica it was recorded in the last week. She did not provide details about where it was recorded.

Homeland Security Secretary Kirstjen Nielsen says she hasn't heard the audio but says the children are not being treated inhumanely.

The Mormon church says it's "deeply troubled" by the separation of families at the U.S-Mexico border and is urging national leaders to find compassionate solutions.

The Church of Jesus Christ of Latter-day Saints' spokesman Eric Hawkins said in a statement Monday that the forced separations are "aggressive and insensitive" and especially harmful to the children.

The statement aligns with the Utah-based religion's past calls for a compassionate approach to immigration reform. Earlier this year, the church called on national leaders to support "dreamer" immigrants who the religion says have earned the right to continue to contribute positively to society.

Other religious groups, including the U.S. Conference of Catholic Bishops, have already condemned the Trump administration's policy of separating children from their parents at the border, which the U.S. has defended as enforcing the law.

Massachusetts Gov. Charlie Baker is reversing a decision to send a Massachusetts National Guard helicopter to the country's southern border, citing the Trump administration's policy of separating children from their parents.

The Republican governor said Monday his decision to put the National Guard mission on hold was due to what he calls the "cruel and inhumane" policy of separating children from their parents as families arrive at the border. The children are being held separately from parents who are being prosecuted under the administration's "zero-tolerance" policy for illegal border crossings.

The crew had been set to fly down later this month to work with federal officials to help track illegal activity along the border with Mexico.

Baker said Massachusetts won't be participating until the family separation policy is changed.

Microsoft is facing criticism over its relationship with U.S. Immigration and Customs Enforcement amid the forced separation of migrant children and parents at the U.S.-Mexico border.

Social media outrage over the Trump administration's border policies has drawn attention to a Microsoft cloud computing contract with ICE.

Microsoft says in a blog post Monday that it's "dismayed by the forcible separation of children from their families."

The company is urging policy changes — but not addressing the details of its ICE partnership.

Microsoft announced in January that it had passed a government security standard enabling it to handle ICE's most sensitive unclassified data. The company said its computing platform could help the government make faster decisions using facial recognition and other technology.

The White House says it would reject a narrow fix to address children separated from their parents at the U.S.-Mexico border, saying it wants Congress to "fix the whole thing."

Press secretary Sarah Sanders says President Donald Trump's priorities, like funding a border wall and tightening immigration laws, must also be fulfilled. She says, "We want to fix the whole thing, we don't want to tinker with just part of it."

There has been a spike in the number of migrant children being separated from their parents as a consequence of a new "zero tolerance" policy for illegal border crossings. All unlawful crossings are referred for prosecution — a process which moves adults to the custody of the U.S. Marshals Service and sends many children to separate facilities.

Homeland Security Secretary Kirstjen Nielsen says she hasn't heard newly released audio of crying children who have been separated from their families at the U.S.-Mexico border.

But she says the children are not being treated inhumanely.

Nearly 2,000 minors have been separated from their families in the past six weeks, since Attorney General Jeff Sessions announced a zero tolerance policy where everyone caught crossing the border illegally will be prosecuted. Children can't go to jail with their parents, so they are separated.

Nielsen says the government has high standards for detention centers and the children are well cared for. She says loopholes in the laws need to be closed so families can stay together.

Homeland Security Secretary Kirstjen Nielsen says the immigration crisis that has led to families being separated at the U.S.-Mexico border is not new to the Trump administration.

Speaking at a White House briefing Monday, Nielsen says the issue has been growing for years and is the product of loopholes that have created an open border.

Homeland Security has been referring all cases of illegal entry for criminal prosecution. The result has been nearly 2,000 minors separated from their families because children cannot be jailed with their parents.

Church leaders and lawmakers from both parties have called the separations inhumane.

Nielsen and other Trump administration officials say the separations are necessary to enforce immigration laws and have called on Congress to change the laws.

Former first lady Rosalynn Carter is condemning the Trump administration policy that has separated children from their parents at the U.S.-Mexico border as "disgraceful and a shame to our country."

Carter says that while she in the White House, she "worked to call attention to the plight of refugees fleeing Cambodia for Thailand" and saw "the trauma of parents and children separated by circumstances beyond their control" when she visited Thailand.

Rosalynn Carter's husband, Jimmy Carter, served as president from 1977 to 1981.

Former first lady Michelle Obama is adding her voice to the rising chorus of criticism of the Trump administration's policy of family separation at the border.

Laura Bush is the wife of Republican President George W. Bush. She called the separation policy "cruel" and "immoral" in a guest column for The Washington Post Sunday.

About 80 immigrants who were arrested at the border in recent days appeared in court Monday to plead guilty to immigration charges. Lawyers say they brought about two dozen children with them.

Some of the immigrants pointedly asked the judge questions such as "What's going to happen to my daughter?" and "What will happen to my son?" The judge responded by saying he didn't know and he cannot make any promises about what happens next.

Hearings like this happen on a regular basis in federal courtrooms along the border now that the Trump administration is prosecuting anyone crossing the border under a new "zero tolerance" policy. The parents who bring children with them are sent to court, while children go to government facilities.

The Monday hearing in McAllen, Texas, involved migrants who attempted to cross the border in recent days — amid growing outrage over the Trump administration policy of separating parents from their children.

Says Trump: "Not on my watch."

Unbowed by mounting bipartisan criticism of a policy that separates some immigrant children and parents at the U.S.-Mexico border, Trump says, "I say it's very strongly the Democrats' fault."

Speaking before an event on U.S. space policy, Trump says there is "death and destruction" caused by people in the U.S. illegally.

He says: "A country without borders is not a country at all."

Trump has blamed Democrats for the separation of families at the border and is pressuring them to negotiate with Republicans on an immigration bill. But the separations are a consequence of the Trump administration "zero tolerance" policy, announced in April, which maximizes criminal prosecutions of people caught trying to enter the U.S. illegally. That means more adults are jailed, pending trial, so their children are removed from them.