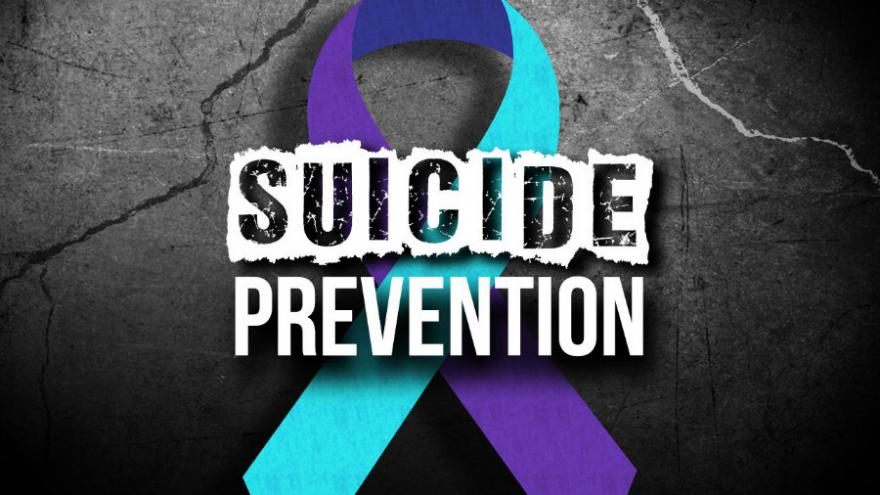 The opening lines of Logic's most successful song to date are, quite literally, a cry for help. The title of the track, "1-800-273-8255," is the phone number for the National Suicide Prevention Lifeline.

In a series of tweets the week the song was released, the 27-year-old rapper explained the motivation behind his music. "Over the years so many of you guys have told me that my music has helped you through so many tough times," he wrote. "Many of you have told me its even saved your life. I'm beyond humbled. But I felt I haven't done enough. ... I made this song for all of you who are in a dark place and can't seem to find the light."

Logic found himself in his "dark place" in late 2015, according to an interview with the New York Post.

Logic found his proverbial "light" by learning the power of one word to deal with his anxiety: no.

"I turn down really well-paid shows all over the world because I want to spend more time with my wife and myself," he told the Post. "I could sit here and think, 'I got all these people around me that I need to pay,' which is true ... but ain't nobody getting paid if I'm dead."

The first verse of "1-800" is sung from the perspective of a person who has given up on their life and is ready to end it. The second verse, fronted by Alessia Cara, showcases the response of a suicide hotline crisis worker.

The song ends with a verse featuring Khalid, again from the perspective of the suicidal caller but who now realizes the endless possibilities of the future.

As part of a contest to be featured on the cover of Logic's album "Everybody," fans submitted videos detailing how much the the rapper's music means to them. He shared some of them on Twitter.

"When I was alone with myself, the stress was unlike any other time of the day," said Faith Martinez, 18, fighting back tears. "I'd put my headphones in, and it would all subside, because I knew that there was someone out there that cared for their fans so much that if I took away my life the way I had thought about, he would be hurt, and somebody would care that I was gone.

"I put it on until the end, and I stood up, and I kept going," she said. "His music helps people keep going, and I'll forever be grateful for that."

John Draper, director of the National Suicide Prevention Lifeline, said, "The impact has been pretty extraordinary. On the day the song was released, we had the second-highest call volume in the history of our service." Overall, calls to the hotline are up roughly 33% from this time last year.

"We can certainly attribute and have seen call increases relative to tragic events and alarming portrayals of suicide in the media -- anywhere from (musicians) Chris Cornell and Chester Bennington's suicides, and (the Netflix show) '13 Reasons Why,' " Draper said. "But here's what's really important: Logic is generating calls with a song about getting help and finding hope. It's not focusing on tragedy or suicide. In fact, he's starting conversations about suicide prevention, as opposed to suicide."

The video for "1-800," released last week by Def Jam Recordings and Visionary Music Group, has racked up more than 12 million views on YouTube. The seven-minute short film illustrates the story of a young man, beginning when he is just a baby.

His happy childhood is followed by difficulties in high school -- extreme bullying and struggling to come to terms with his sexual identity -- which cause serious strife with his friends and family. One day, he decides he's had enough, collapses in tears and raises a gun to his head, ready to pull the trigger -- but he doesn't. Instead, he calls the suicide hotline.

The story flashes forward to the man's wedding, where his father is standing by his side. The plot comes full circle, ending with the birth of his own son.

"In many ways, Logic's video and song completely embody this message that everybody can take an action to prevent suicide," Draper said. "A lot of people think that it requires a professional or even a hotline. But the fact is that while those are extremely helpful -- and I would always counsel somebody to consider those options -- what we also know is that most suicides are prevented by people being caring with one another.

"How, when a person in your life is in crisis, can you help them get through it?"

"This past year, our audience was forced to say goodbye to musicians too soon because of suicide," said Garret English, executive producer of the 2017 VMAs. "We want to do more than remember these artists. We want to remind people that suicide is preventable and that there are ways to get help and feel better if you're struggling emotionally.

"Logic's song '1-800-273-8255' is not only a phenomenal track, but it has struck a chord with its inspiring message of hope, and we are honored to offer the VMA platform so it can reach even more young people."

Draper said, "It's not just about the calls; it's about increasing awareness about suicide, and suicide prevention in particular. The calls don't even begin to count the number of people who, just by listening to the song and hearing the lyrics, feel more hopeful and less alone. There's really no measuring that impact."