The salt and ice experiment

NOW: The salt and ice experiment

Anytime we expect snow or ice, roads are treated with salt. Is there ever a temperature that salt becomes ineffective in preventing slick spots?

The short answer is: yes. Let's get into the science of salt and ice with help from a not-so-scientific experiment.

The freezing point of pure water (assume snow, sleet, and rain are pure water) is 32 degrees. This means if the ground is 32 degrees or cooler, water will freeze once it hits the pavement.

If a road is coated with salt, the water will mix with the salt. This salt and water mix has a lower freezing point - roughly around 15 degrees. The combination of precipitation and salt won't freeze on the ground until temperatures are 15 degrees or less. This means roads shouldn't turn icy, unless temperatures dip below 15 degrees. 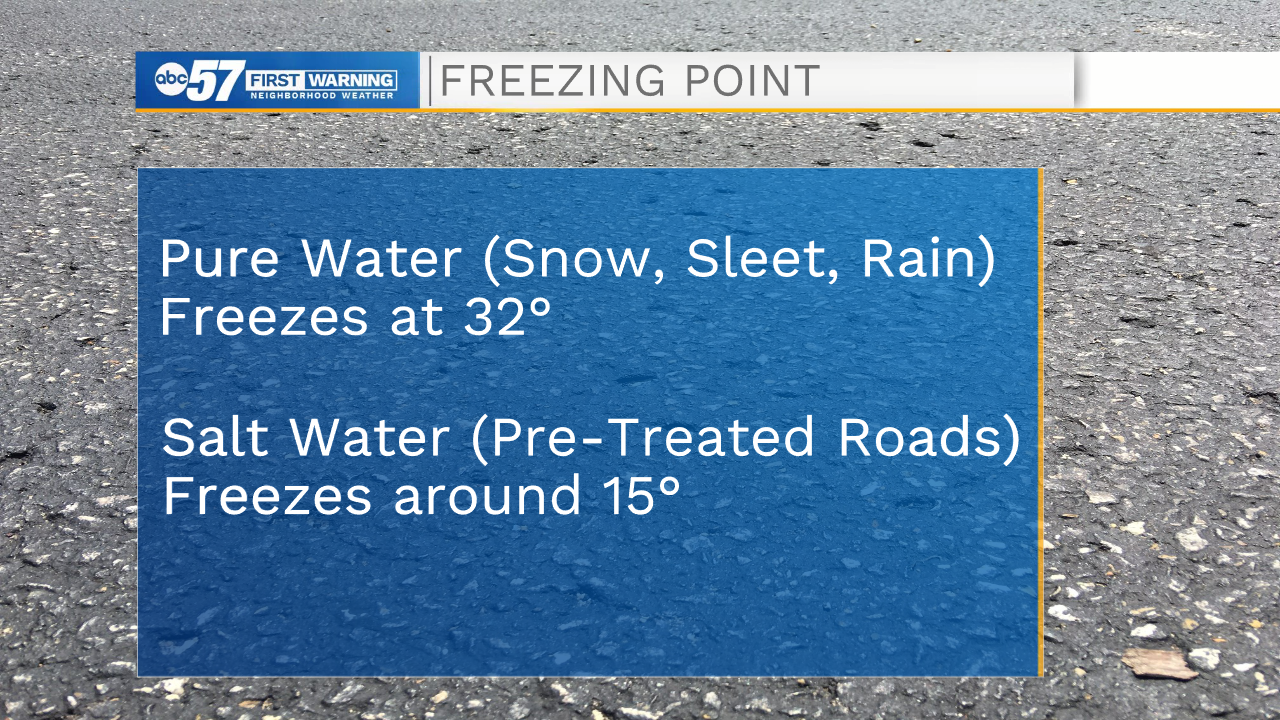 This morning, we decided to try an experiment outside of ABC 57. Temperatures were in the mid teens (close to the freezing point of the salty water). Our hypothesis was that we would need to add a very large amount of salt to the snow covered pavement in order to melt the snow and ice on the ground.

We had two separate snow piles. One was treated with a "normal" amount of salt - approximately the amount you would find in a road or sidewalk treated in the winter. The second snow pile was overtreated. We dumped an extra large amount of salt in the pile. 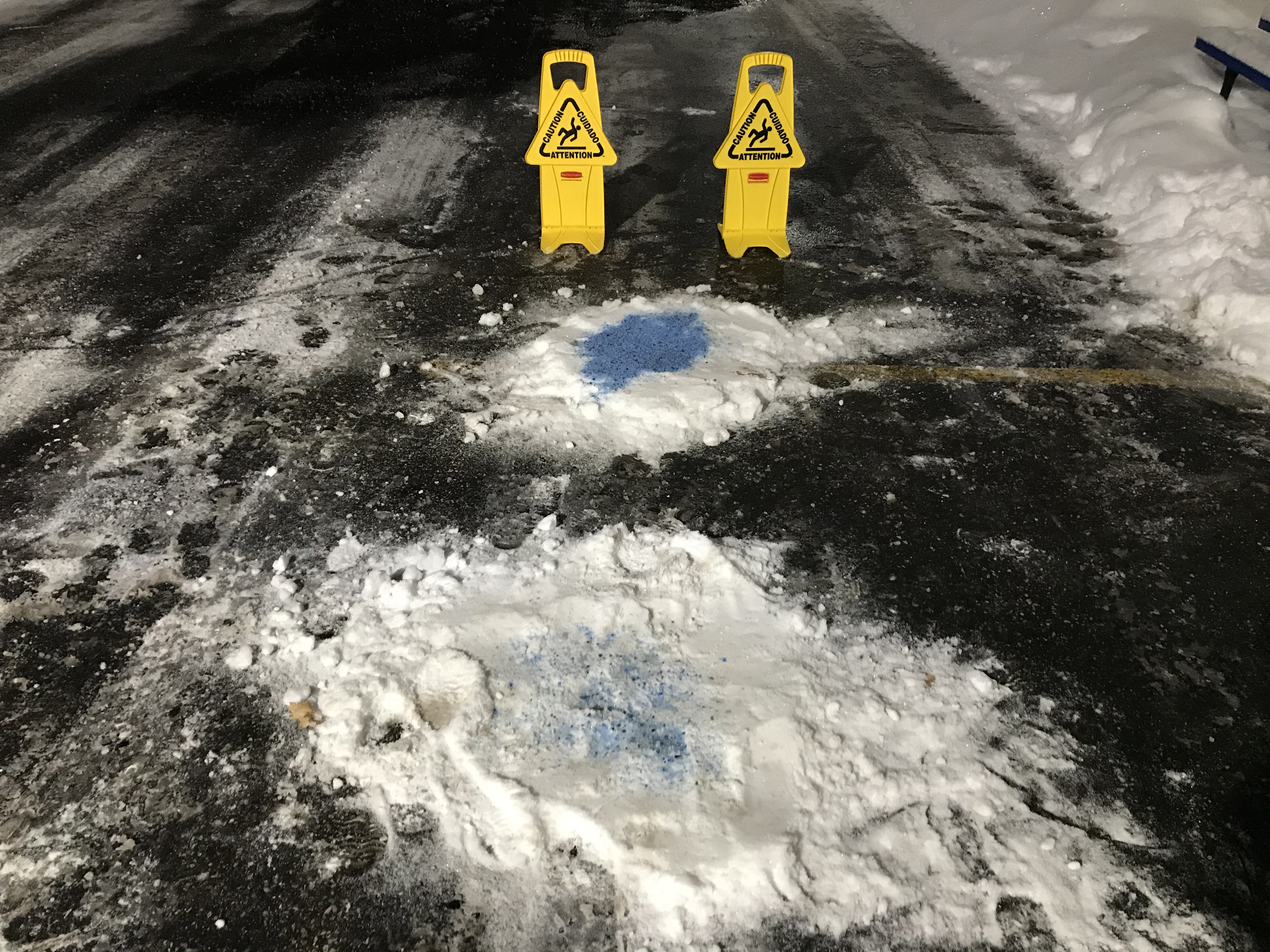 It's expensive to use large amounts of salt like this. Using excess salt to treat roads can also mean negative impacts for plants, animals, and crops.

When we came back to check on the experiment after about 30 minutes, it turned out, the pile with the normal amount of salt was starting to melt. 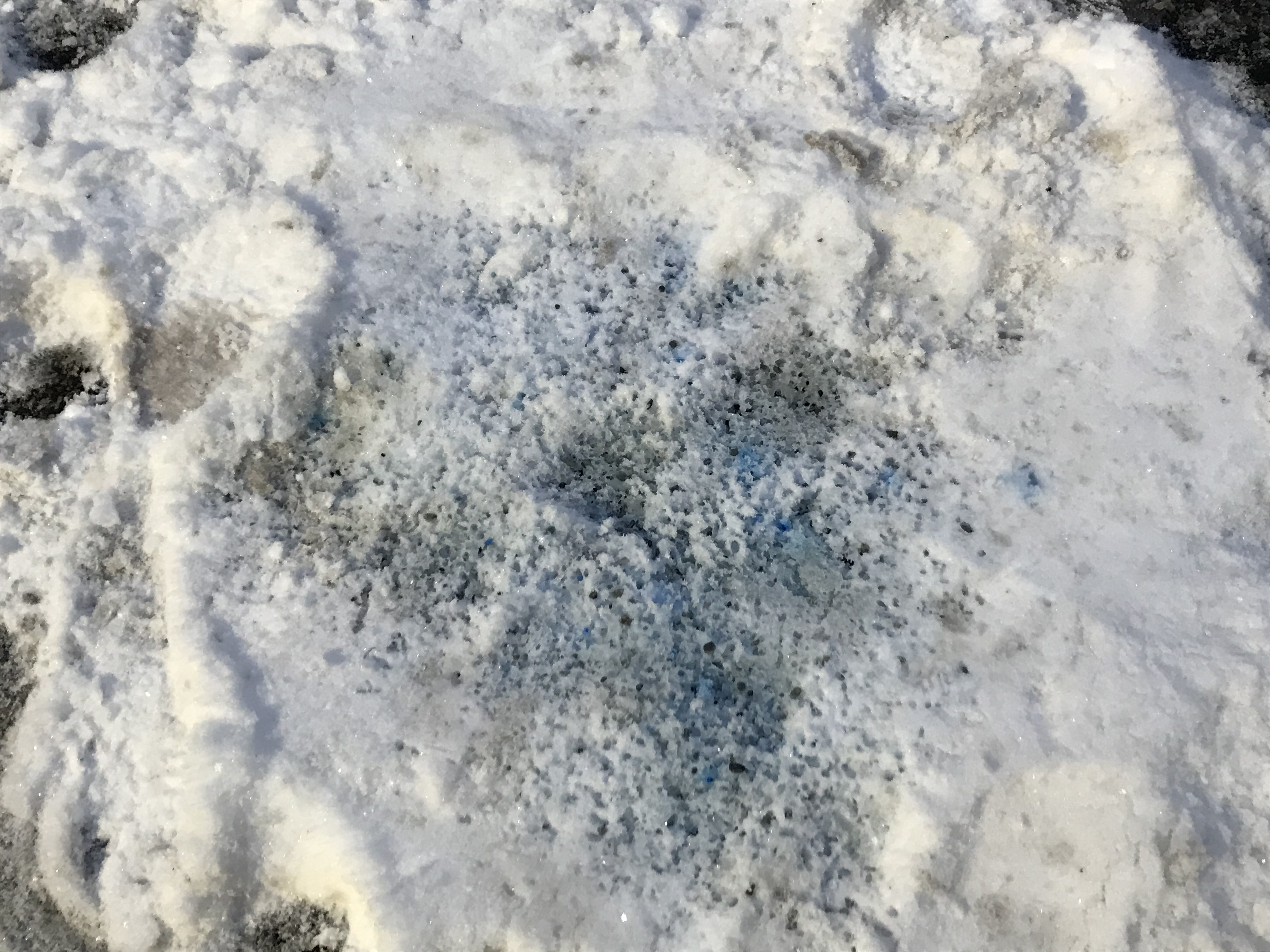 The pile with excess salt still just had the salt sitting on top of it, and nothing was melting. This was not what we expected to happen! 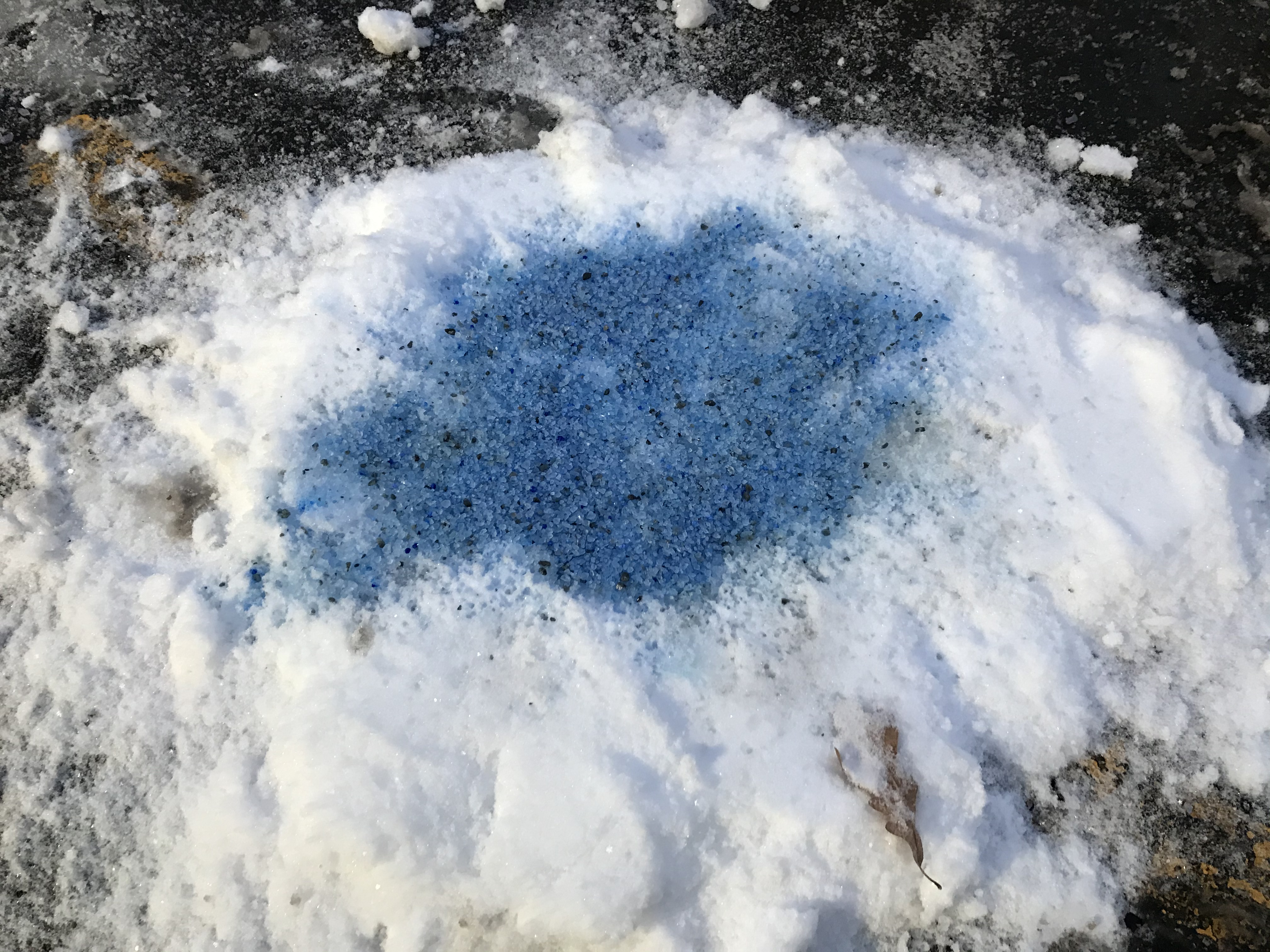 30 minutes into the experiment. The large amount of salt was more or less just sitting on top of the pile, not doing much.

After 30 minutes, I mixed the salt in with the second snow pile, so it wouldn't just sit on top of the pile. Even after doing this, it still didn't melt much as time went by.

Here are the final photos of the experiment, taken 90 minutes after salt was added. 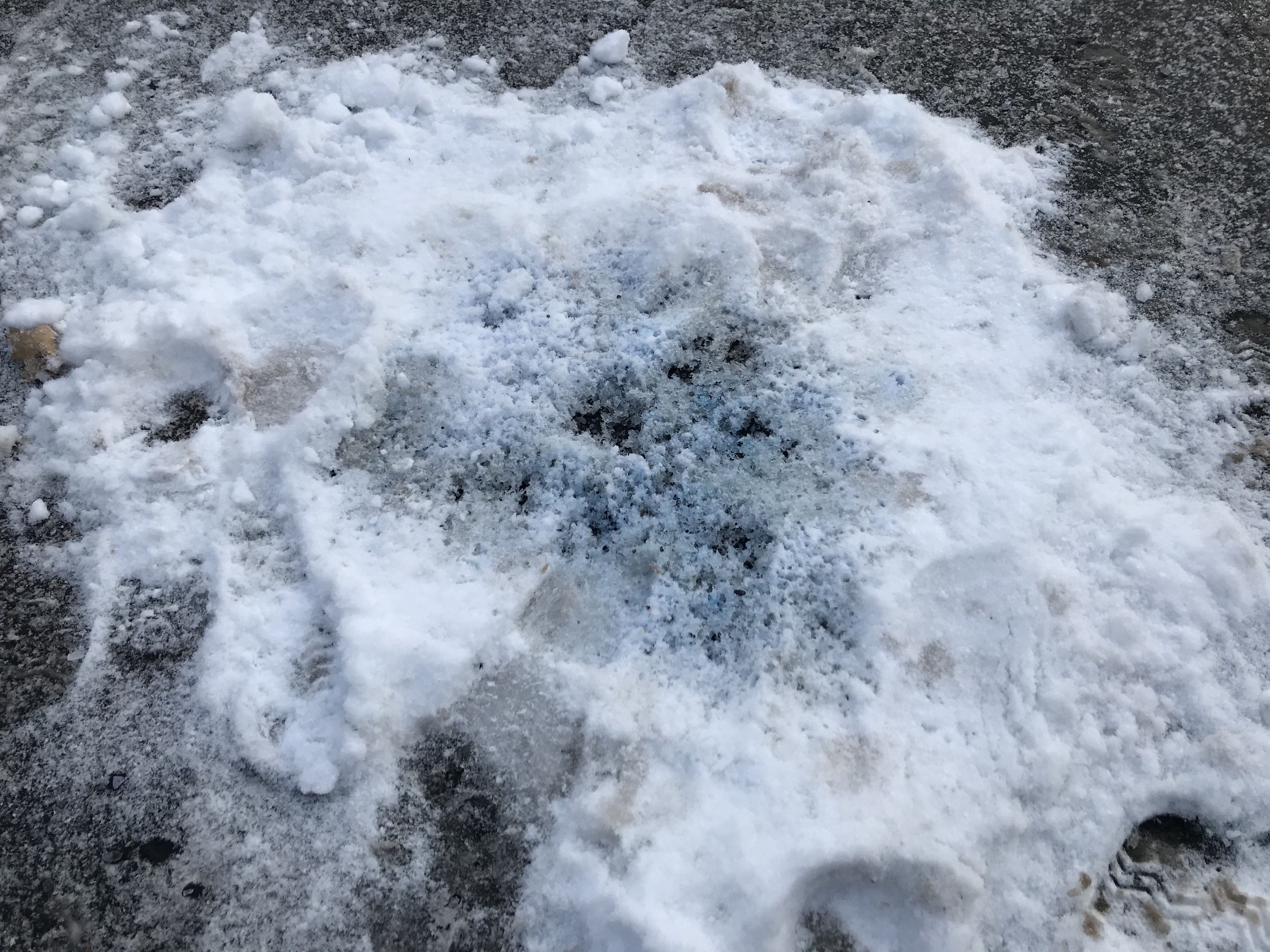 Area with normal salt after 90 minutes. Areas of blacktop showing. 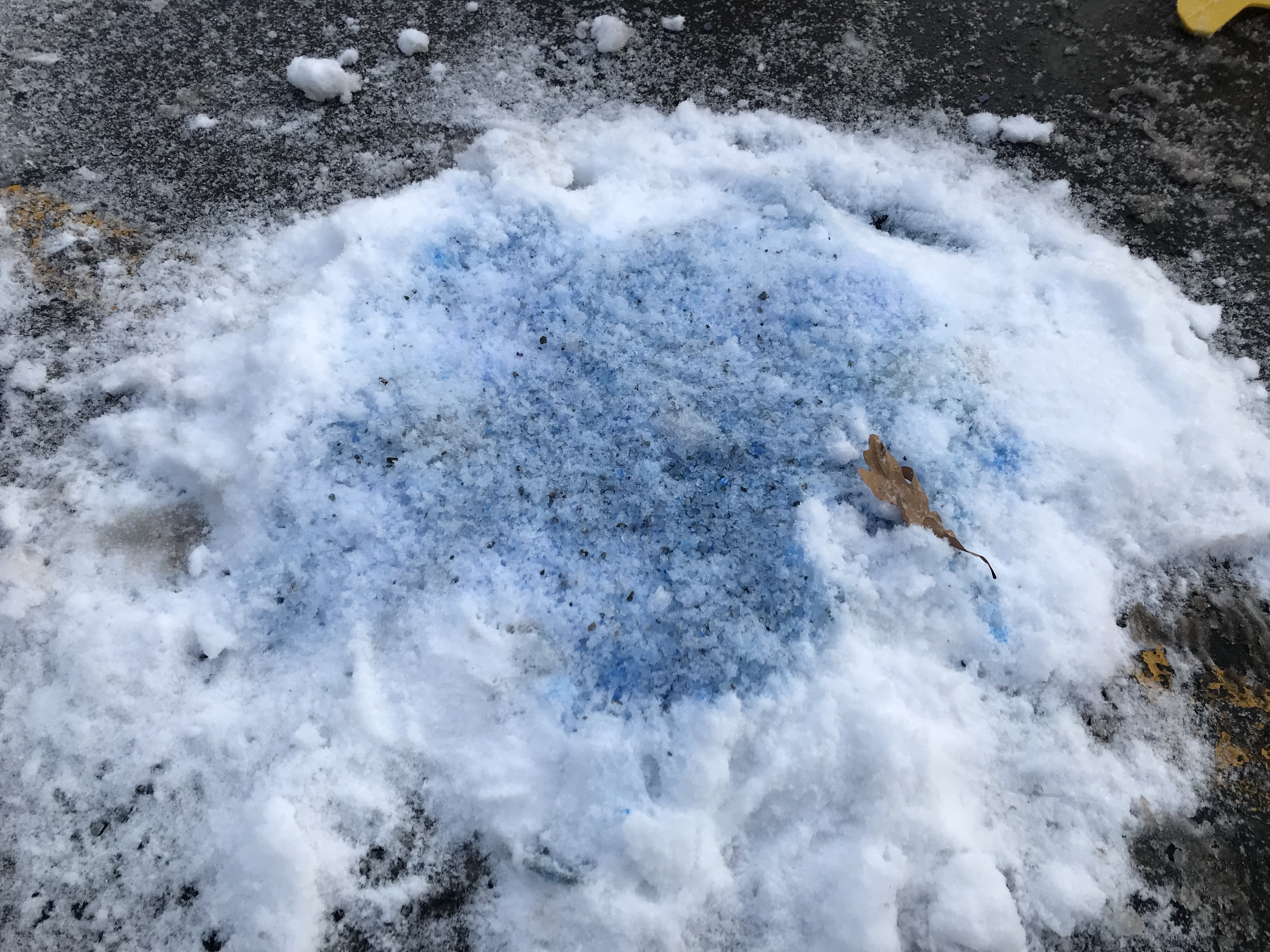 Area with excess salt mixed in with snow after 90 minutes. No real sign of changes.

While there is a point in temperatures that salt becomes ineffective, we didn't hit that point this morning. This experiment might be part of a bigger work in progress. A good next step is changing the temperature variable. If we did this same experiment on a morning with temperatures closer to zero, we might see salt not working as efficiently as it did today.

Right now, even though salt does appear to be doing its job (at least here outside of ABC 57), it's still a good idea to take it easy on the road in case of those slick spots.