The secret of being a leprechaun at Notre Dame 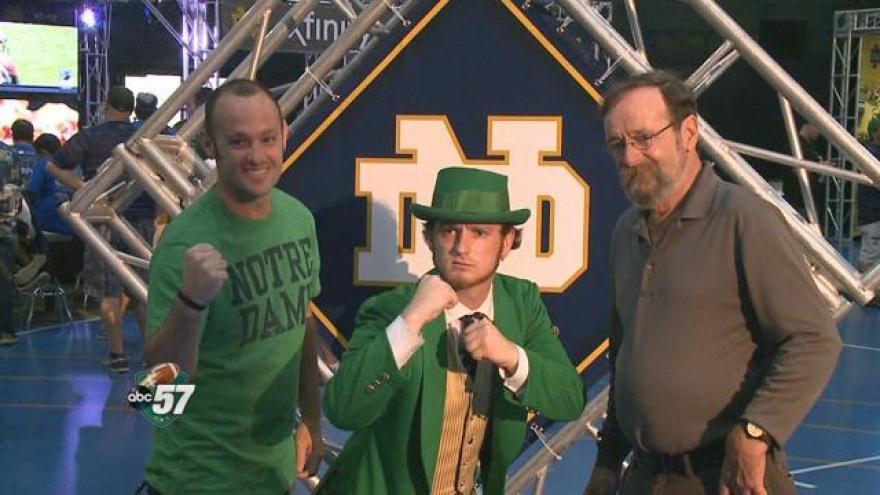 Game days for Joe Fennessy take on a new meaning.

On the outside, he looks like a normal student and for the most of the week he is but on game days, things aren't what they seem.

"In reality you can't prepare for it, you just have to go out and have some fun with it," Fennessy said. "I am the Notre Dame Leprechaun."

Every football game, Fennessy transforms into one of the country's most popular characters.

"You have the best outlet in the world to be a lunatic which is to love Notre Dame," said Fennessy.

And that love has turned into a dream come true.

When he's in his uniform, he's wildly popular, but his one challenge, he can never say no to a picture

"I may never see the light of day again," Fennessy joked

I mean literally he's not allowed to say no.

"I swear I need my own secret service," Fennessy said.

"When we travel, the male cheerleaders will form a pod around me," Fennessy said.

He's not hidden for long though.

But it's not all photos and cheering. Even mascots have to be in shape.

"At first I didn't take it too seriously, I tried to skate by. My strength coach Corey was having none of it," Fennessy said.

After a quick workout, it's on to the main event, a stadium filled with 80,000 fans.

"Before, I can barely contain myself, I'm jumping around," Fennessy said.

Then comes the easy part of his day.

"I'm really just a fan on the sidelines trying to get other people to get rowdy with me," Fennessy said.

Fennessy says it's easy to look ahead to the game and go nuts in front of big crowd.

But also realizes how important his job really is.

"To some people, little kids, grads, all shapes and sizes, you can really make their Notre Dame experience," Fennessy said.

An experience for some, is a dream for Joe.

"How many people get to run wild in Notre Dame Stadium like me? You're with the fans, the team, we're with the entire Notre Dame community coming out in full spirit, It's what I live for," Fennessy said.