Over the last week especially, the south and southeastern United States has been rocked by 70 tornadoes with 3 tornado-related deaths. It's been a hard past couple of months for the southeast in the Dixie Alley states of Mississippi, Alabama, and Georgia. This recent spike has upped the preliminary tornado number to as high as 252 tornadoes with the death count unfortunately climbing to 27. And more severe weather with the risk of tornadoes continues for the south and southeast this week. 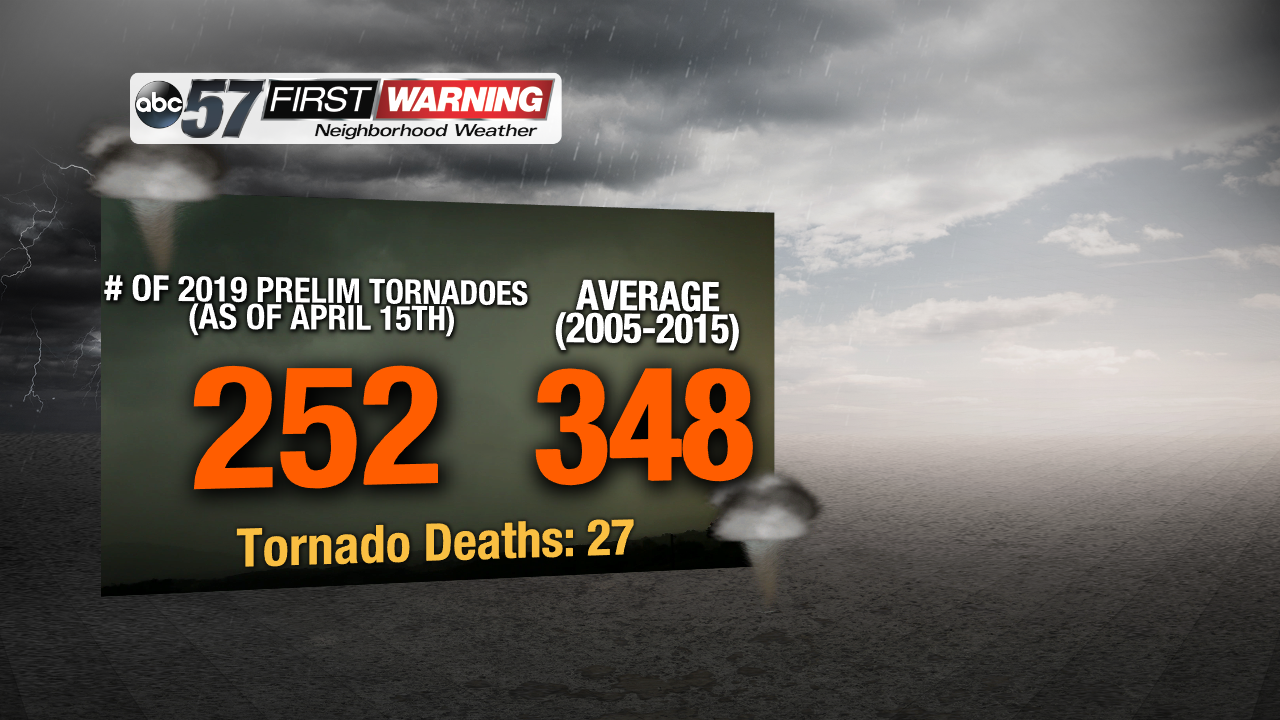 But, the story is basically the exact opposite here in Michiana, which isn't a bad thing by any means. March 14th was the last day we had any type of springtime severe weather. No tornado, damaging wind, or large hail reports have come in for the last month and three days. But, that's doesn't mean that we're out the woods yet. 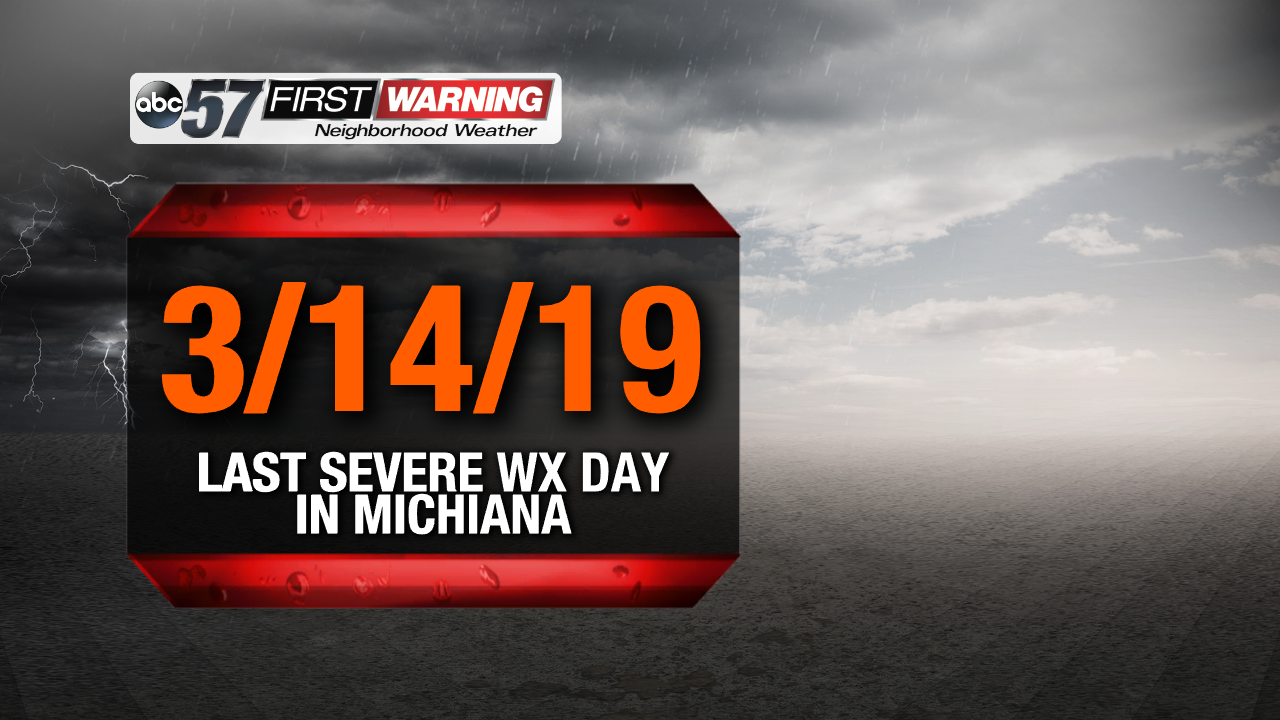 Michiana is in the "none" category for severe weather, but that doesn't mean we won't be seeing impactful weather. 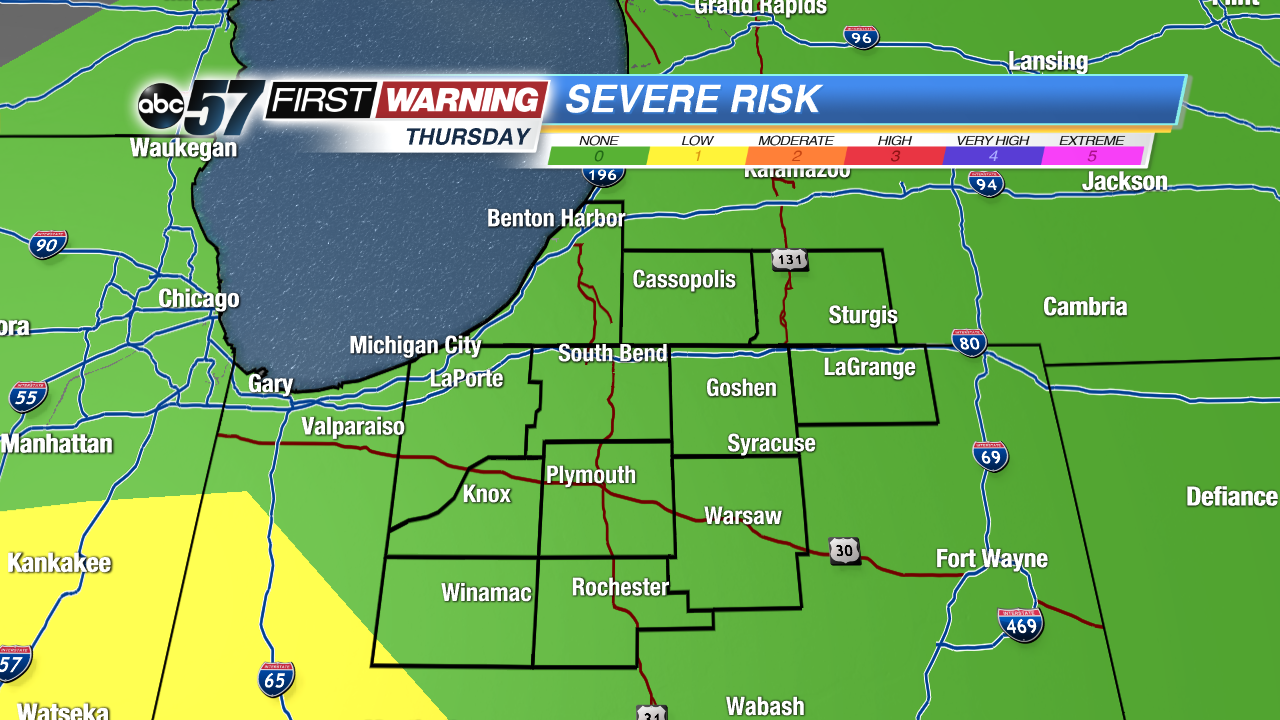 No severe risk for Michiana for tomorrow, but strong storms with wind and heavy rain are still expected.

Let's focus on the wind for Thursday. Gusts could be as high as 30-35 mph in those wide open areas, starting as early as tomorrow morning. That continues on-and-off throughout the morning into the early afternoon. The wind will actually intensify briefly when the cold front pushes through around lunchtime and into the early afternoon. And even after the rain and storms moves out, we'll be dealing with the cold and raw northwest breeze coming off of the lake for Friday. 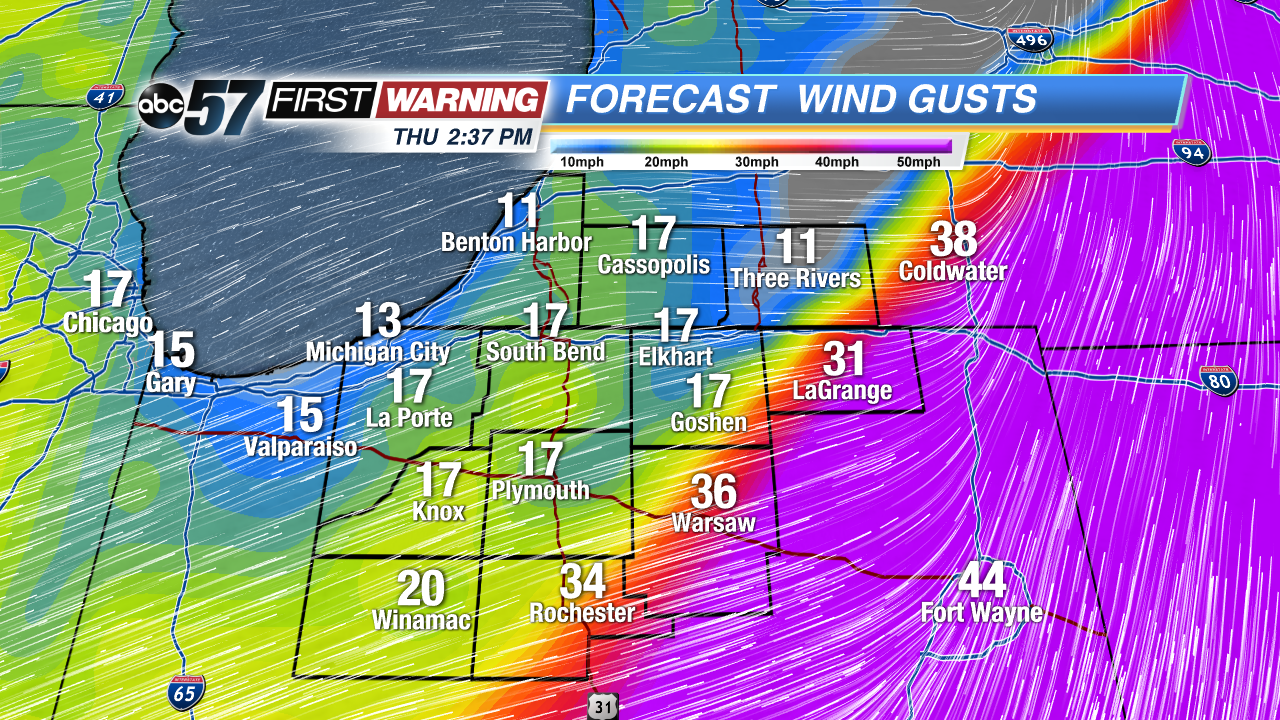 Gusts will be strong on-and-off throughout Thursday, especially when the front pushes in.

The total rainfall is another aspect we're looking for. Amounts should continue to top out around 0.5 to 1 inch, with some higher amounts in the thunderstorms. This heavy rainfall could easily leading to ponding on the roadways, lower visibility, and hydroplaning, so keep that in mind when heading out and about tomorrow. More about tomorrow's storms can be found here: