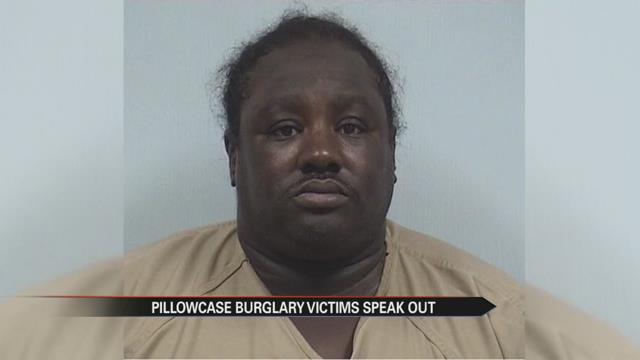 Some residents say they’ll be sleeping a bit tighter now that an alleged serial burglar is behind bars.

St. Joseph County Police arrested a suspect connected to a string of home break-ins and thefts that happened in multiple counties.

The burglary suspect was scared off by the Konkle Family’s alarm system during a break-in attempt a little over a week ago.

They only had to deal with a broken window thanks to the criminal, but their neighbors weren’t as lucky.

“Some of my sister’s stuff was missing so of my mom’s jewelry was missing,” said victim Kaitlin Sarno.

That’s a short list of stolen goods added to a mountain of recovered items at St. Joseph County’s police department.

“Some of the stuff that I guess he attempted to steal was in our lawn,” said Sarno.

Investigator’s linked him to several incidents after tracking him to locations where burglaries were taking place.

Police say some of his break-ins didn’t always end with burglaries, like Kathy Konkle’s home.

“In my case I feel very lucky that the police were right on it and got here however almost every neighbor, next door, next door, across the street, he got them all,” said Konkle.

But Konkle’s neighbor wasn’t as lucky.

“I’m pretty sure it was my mom’s wedding ring [that was stolen],” said Sarno.

While there’s a chance her mother might not be able to get her ring back, the entire neighborhood could at least get back a peace of mind.

“There’s been so many things and the fact that we actually think that it was one guy now all of these burglaries can stop, that’s great,” said Konkle.

Police say he could be in court as early as Friday.