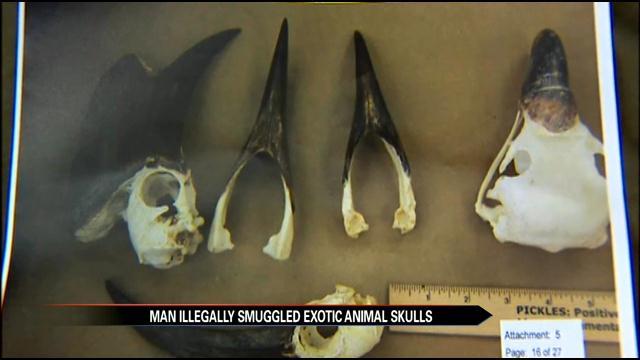 Washington therapist, Drew Weidenbacher, was sentenced to two years probation and a $5,000 fine for smuggling animal skulls into the United States.

Some of the skulls belonged to endangered species.

Officials say he did not receive jail time because he was a collector, not selling the skulls.

“He was predominantly a hobbyist and not engaged in this as a money-making venture. We take that into account. He also came forward and cooperated with the government,” says assistant US Attorney Jim Oesterle.

Weidenbacher was also sentenced to 60 hours of community service