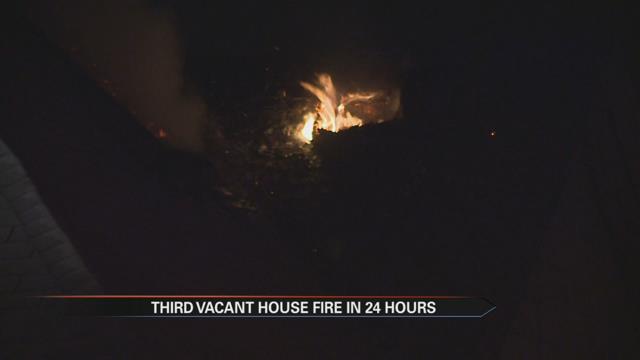 The third vacant house fire in the last 24 hours is concerning the city of South Bend and especially the Fire Department.

On Wednesday, ABC 57 reported on two vacant house fires and just 24 hours later, another fire at an abandoned house.

“We don’t know, I don’t think we have any evidence right now to connect them, the investigators are working diligently on all four of the fires, but to connect them would be problematic,” said South Bend Fire Department Chief Dave Maenhout.

Chief Maenhout says as the weather gets colder, vagrants look to abandoned houses as a place to start a fire and stay warm.

And although investigators haven’t confirmed anything yet, Chief Maenhout says the back door of this particular house was open.

“Once the houses are boarded up after a fire or once they become vacant, they’re generally not checked to see if they’re still secure, so it doesn’t take much to pull a board off and gain entry,” said Maenhout.