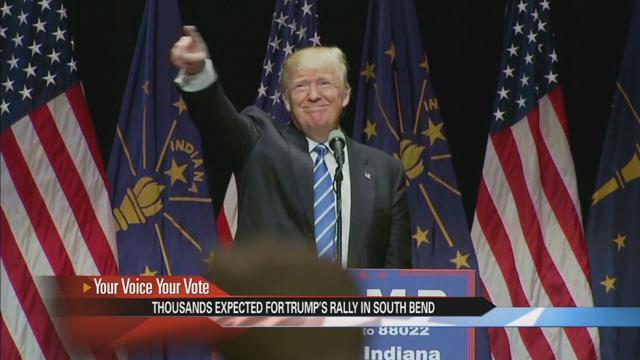 Century Center officials say Donald Trump’s Monday night rally at 7 p.m. is expected to reel in up to 15,000 people to their venue.

South Bend is preparing for what could be a historic night, as a fourth presidential candidate makes a stop in Michiana.

If you’re heading to the Century Center on Monday, city officials say a portion of St. Joseph street will be closed Monday afternoon.

There won’t be any public parking at the Century Center.

Century Center officials tell ABC 57 news, they usually know a year in advance when there’ll be a crowd like the one anticipated Monday night at their venue.

Donald Trump protesters are planning a peaceful protest outside the Century Center tonight.

South Bend police say security will be tight but they won’t use riot gear because they don’t want to make people feel uncomfortable.