Three Benton Harbor schools might be closing in the coming months 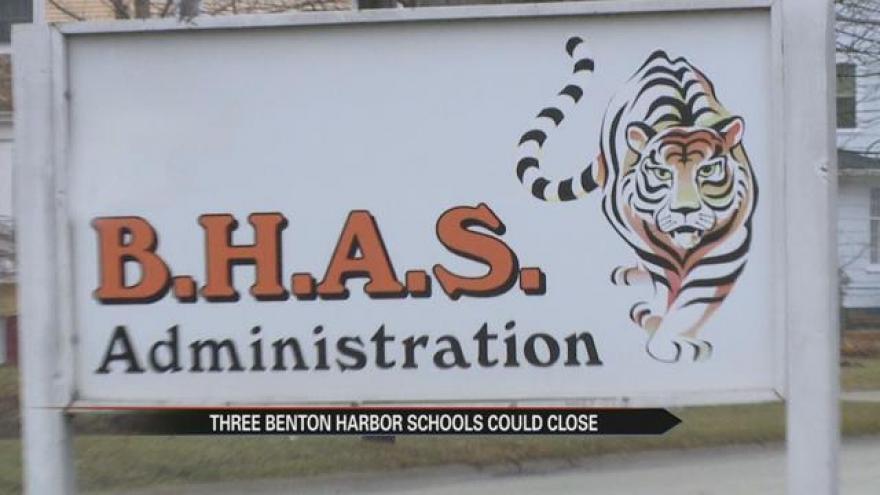 It might be the end of three under performing schools in Benton Harbor. Michigan’s School Reform Office is looking to make a decision about closing International Academy at Hull, Dream Academy and Steam Academy at MLK as early as late February. Now state representatives are speaking up.

Michigan State Republican Kim LaSata, released a statement shortly the potential school closures. In that statement she says she’s deeply concerned about the future of those three schools.

She says she’s been in contact with the School Reform Office and local officials so that the best outcome is reached.

On Friday, the State Reform Office released a list of schools in the bottom five percent in terms of academic performance.

According to SRO Officer Natasha Baker there is still some hope.”We will reach determination after working with the school.  Within 30-45 days there will be a report that is generated with the final determination.”

That report will take into consideration graduation rates if they apply as well as achievement and improvement.

“We want as a human right to make sure that every kid has an opportunity and so with that said I think it’s in the best interest of the children and family,” said Baker.

According to Baker, Michigan law states if there is another high quality option, within a reasonable distance for the kids and families, there really isn't a reason to keep the school open . In this case they’ve been failing for three consecutive years.

“We will apply that rule across the state because we believe that every kid regardless of their demographic needs access to quality education opportunities in order for a good life after high school,” said Baker.

Parents weren’t left in the dark. Baker says they received a two part letter that includes options for the future.

“Higher quality school options in the event that they want to put their kid in a nearby school and that is free and open enrollment,” she said.