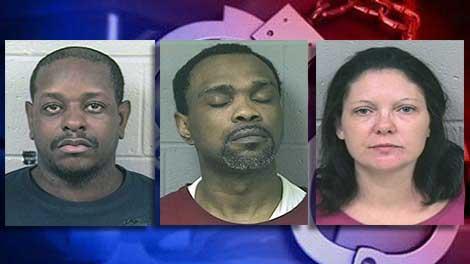 Three people are facing charges for allegedly concealing and disposing of Taylor Elzey's body in October 2014, according to the Berrien County prosecutor's Office.

Tracy Manning, 40, Stevie Viel, 49 and Shannon Barber, 41, are each facing one count of concealing the death of an individual.

Elzey's body was discovered in an orchard off Empire Avenue on October 7, 2014.

Manning and Viel tried to revive her, but were unsuccessful, according to the prosecutor's release.

After she died, Viel and Barber wrapped Elzey's body in sheets, put her in the trunk of a car and dumped her body in the orchard, reports said.

The autopsy determined mixed drug toxicity was the cause of death.

Manning, Viel and Barber were arraigned Monday with bonds set at $7,500 cash or surety.