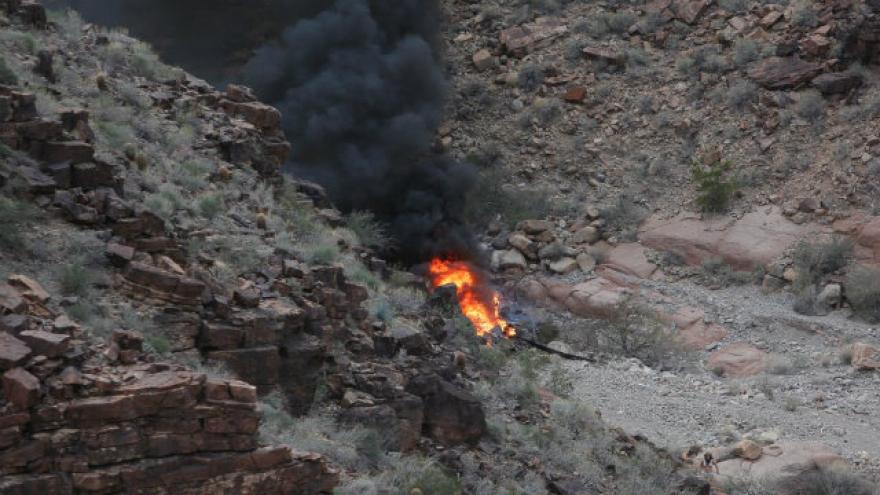 (CNN) -- Rugged terrain and poor conditions are hindering the rescue of four survivors of a deadly helicopter crash in the Grand Canyon in Arizona, a police official says.

The helicopter had been carrying a pilot and six passengers.

Bradley said there were four level 1 trauma patients at the scene of the crash near Quartermaster Canyon, within the Grand Canyon on the Hualapai Nation.

"We are having difficulties getting the four people out of the crash site area to the hospital," he said. "It is too windy and it's dark and the area is very rugged."

He did not have details of the crash.

The FAA and the National Transportation Safety Board will investigate the crash, Kenitzer said.

Papillon Airways describes itself on its website as "the world's largest aerial sightseeing company" and adds that it provides "the only way to tour the Grand Canyon."

The company says it flies roughly 600,000 passengers a year on Grand Canyon and other tours. It also notes that it "abides by flight safety rules and regulations that substantially exceed the regulations required by the Federal Aviation Administration."