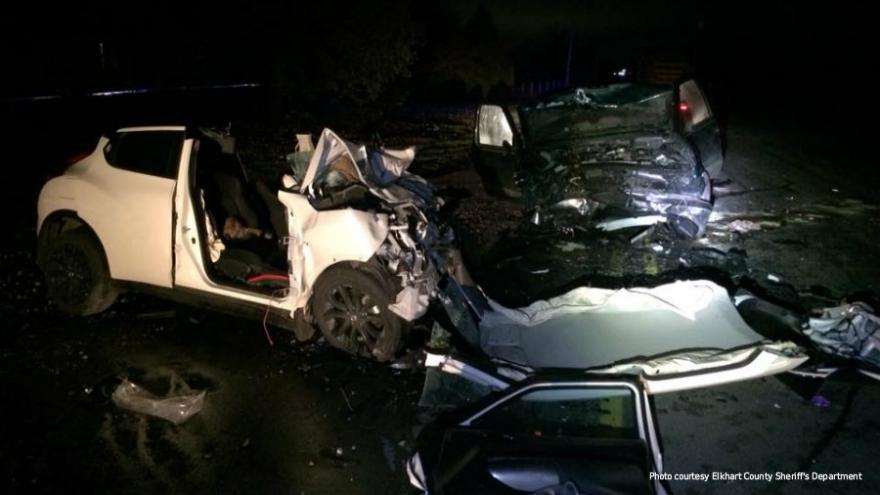 Elkhart County Sheriff's Department says at approximately 5:30 a.m., a 2014 Nissan Juke driven by 26-year-old Cali Lane of Nappanee, was traveling east on CR 40 when she tried to pass a vehicle in front of her, colliding head on with a west bound vehicle.

The driver of the westbound vehicle, 46-year-old Danny Grose of South Bend, was taken to Memorial Hospital with two broken legs and broken ribs.

Lane was taken to Goshen Hospital with non-life threatening injuries while her passenger was transferred to Memorial for a severe head and neck injury.

According to deputies, the crash is still being investigated and there have been no citations issued at this time.