Three injured in crash on Armstrong Road on Thanksgiving 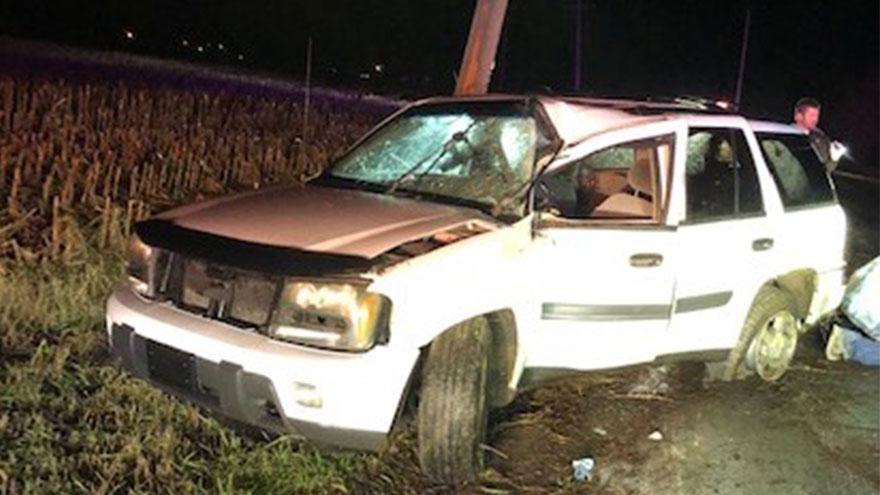 The crash happened around 1:25 a.m. near the 3600 block of East Armstrong Rd. in Plain Township.

Officials say that while entering a curve, a 2002 Chevrolet headed eastbound, left the south side of the roadway and struck a utility pole.

The driver and two passengers, were all over 30-years-old and from Warsaw.

All three occupants of the vehicle were transported to Fort Wayne hospitals for treatment of injures sustained during the crash.