Three kids in hospital after being struck by lightning 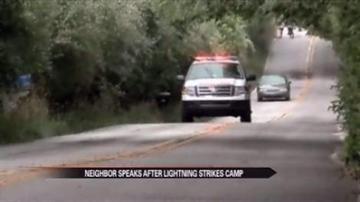 INDIANAPOLIS — Neighbors of the Indianapolis camp where children were struck by lightning are speaking out.

When crews got to the camp Saturday, they say camp counselors were already performing life-saving efforts on the injured campers.

Two of the children are in stable condition. Another is in critical condition.

"There's nothing you can do to prepare because the sky didn't even get dark," said neighbor Carmen Siegel.

So far camp officials have not commented on what happened, but police say the staff played a critical role in getting necessary aid to those children.