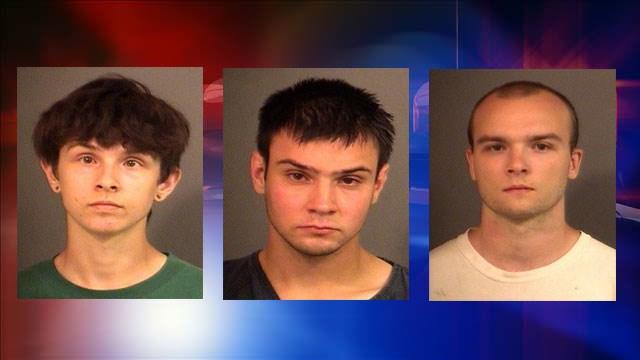 Three men are facing child molestation charges for allegedly having sex with a girl under the age of 14.

Shreve Jakey III, 21, and Caleb Neff, 20, are each facing one  count of child molestation.

An officer with the South Bend Police Department's Special Victim's Unit spoke with the victim in August 2014. At that time she told police she had sex with each of the suspects and they knew her age.

The victim told the investigator she had sex with Jakey twice at his home in Mishawaka and that he gave her alcohol. She also said she was 13-years-old at the time and Jakey knew that.

When police spoke with Jakey, he said he knew the victim was 13 or 14 years old, but denied having sex with the victim.

According to the probable cause affidavit, Neff admitted to having sex with the victim and knew she was 13 or 14-years-old at the time. He was 19 when it happened.

The victim also told investigators she had sex with Kyle Sigler more than once.

When investigators spoke with Sigler, he admitted to having sex with the victim more than once. He said he knew she was 12-years-old when it happened and he was 18, according to the probable cause affidavit.

Sigler allegedly said he knew it was wrong but did it anyway.

All three will be arraigned on Friday.