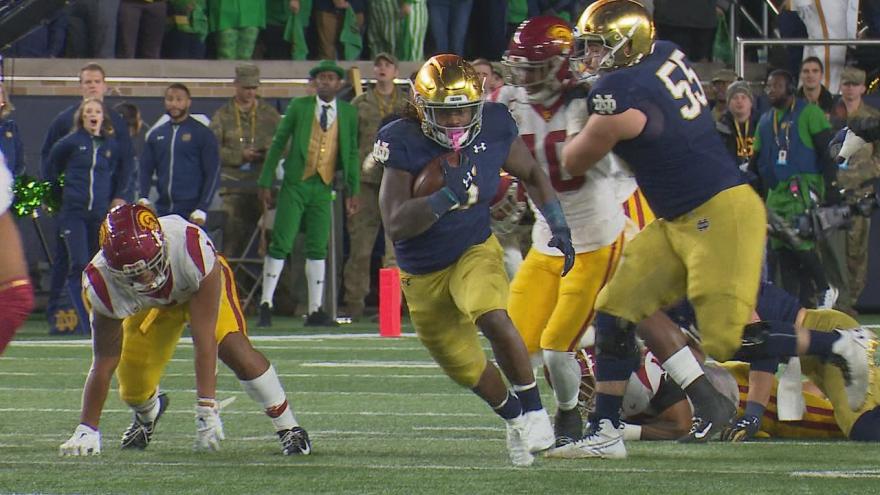 Cole Kmet, Tight End, was the 43rd pick in the draft. Kmet was drafted to the Chicago Bears as their first pick of this years draft.

Kmet will actually get to play for his hometown team being an Illinois native.

This past 2019 football season, Kmet had an outstanding year. He was a starter for 11 games, only missing two due to a broken collarbone that he sustained during fall camp.

Kmet had nine receptions for 108 yards and a touchdown in his first game back from injury at Georiga. He recorded a receiving touchdown in four straight games after that.

Chase Claypool, Wide Reciever, was the 49th pick in the draft. Claypool was drafted to the Pittsburgh Steelers in their second round picks.

Claypool had a tremendous 2019 season at Notre Dame. He led the team with 66 catches for 1,037 yards and 13 touchdowns throughout the 13 game season and has 150 career receptions.

Claypool was named Camping World Bowl (2019) MVP after making seven catches for 146 yards during that game.

Julian Okwara, Defensive Linemen, was the 67th pick of the NFL draft and the first defensive Notre Dame player to be selected.

Owkara was a team captain for Notre Dame's 2019 football season and was also the AP Preseason Second Team All-American.

During the 2019 season, Owkara started in nine games before suffering a season-ending injury.

Get those Terrible Towels up @Steelers Nation, the Black and Yellow just got tougher #HereWeGo ?. Check out this #PaniniInstant card for a preview of the future https://t.co/wUzNWLrTYk #NFLDraft #MyDraftMoment pic.twitter.com/J2cIaJ6uGM