Three of the Elkhart Four to be re-sentenced Thursday 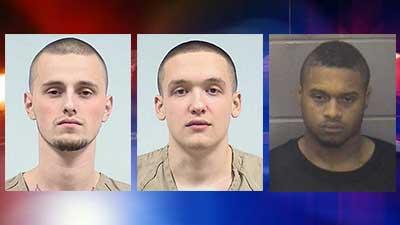 Three of the Elkhart Four, whose murder convictions were overturned by the Indiana Supreme Court, will be sentenced on burglary charges Thursday.

Blake Layman, Levi Sparks and Anthony Sharp were convicted of murder in the death of their co-conspirator Danzele Johnson in August 2013.

The Indiana Supreme Court overturned their convictions for the murder charge and found them guilty of burglary, a class B felony, in September 2015.

The court ruled Layman, Sparks, Sharp, Jose Quiroz, and Johnson all went to a home they thought was unoccupied and they were unarmed. For the murder charge to apply, Sparks, Layman and Sharp had to have the ability to forsee the possibility the victim might resist or law enforcement would respond, which created a risk of death of one of them.

The court ruled because they were unarmed and were not engaged in threatening or violent behavior, the murder charge was not warranted.

The Indiana Supreme Court overturned the murder conviction and found them each guilty of one count of burglary, a class B felony.

In Indiana, a person convicted of a class B felony can be sentenced to between 6 and 20 years in prison.

Layman and Sparks were transferred to the Elkhart County Jail for Thursday's sentencing.

The court overturned the murder conviction because for the felony murder charge to apply, the defendant had to have the ability to forsee the possibility the victim might resist or law enforcement would respond, that created a risk of death to the perpetrators.