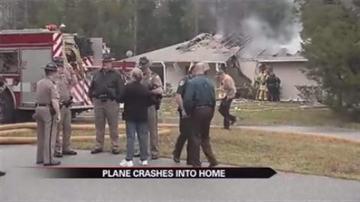 PALM COAST, Fla. -- Three people were killed when a small plance crashed into a Florida home.

It happened just outside Orlando in Palm Coast.

According to investigators, the pilot of the plane declared an emergency just 10 minutes before crashing.  The pilot reported that the plane was shaking severely.

Authorities say the three people who were in the plane died but they aren't sure how many people were on board.

The woman who lives in the house was treated for minor injuries.