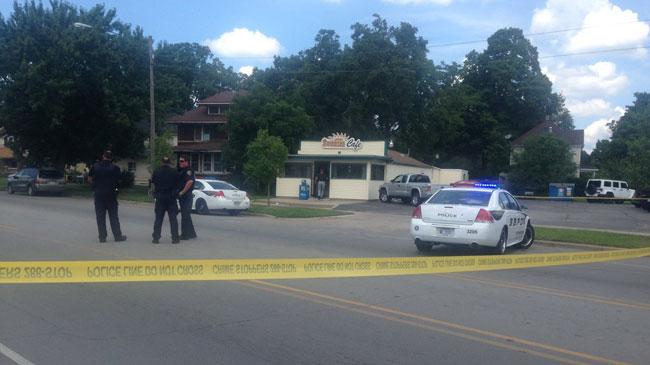 Police say the victim, who has non-life-threatening injuries, was dropped off in the area.

Eight minutes later, police received a call about a shooting at 1895 Lincolnway West.

"Arriving officers were able to confirm that we did have three people at this time non fatally wounded," South Bend Support Division Chief Robert Lanchsweerdt said.

At least one bullet struck the building.

All three victims were taken to area hospitals for treatment.

"We have a reputation for good food, good service and like a down home feel. People feel like family members here and hopefully that's going to continue because this is an isolated incident. It was a random act. It's not something we've ever worried about or considered happening," Sunrise Cafe owner Brenda Wilson said.