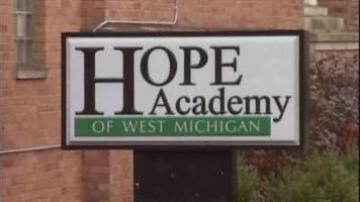 GRAND RAPIDS, Mich. -- Police in Grand Rapids are on the hunt for two or three men who shot three charter school students.

Police said the shootings happened just after school let out at Hope Academy around 4:30 Monday.

Police do not believe that the shooters were students at the school.

None of the injuries are life threatening.

"The incident occurred outside school property. We are thankful that neither student sustained life threatening injuries. We do not believe the suspects are Hope Academy students.