Three teens accused of a beating and shooting appear in court 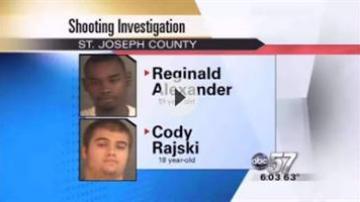 ST. JOSEPH COUNTY, Ind. -- On Monday, the three teenagers accused of a shooting and beating in Penn Township last week appeared in court.

They all made their initial appearance before the judge.

Police say they all played in a role in an assault on Aspen Drive last Thursday.