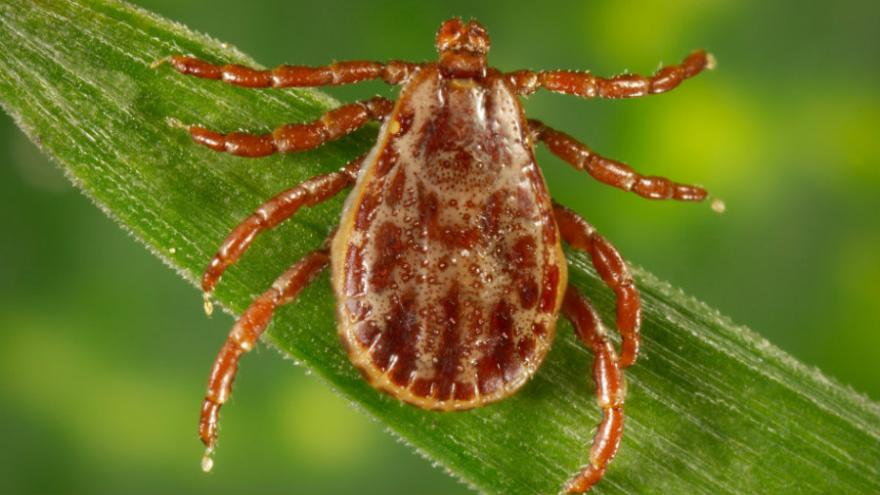 Her aunt, Jordan Clapp, described how Kenley Ratliff's illness began: "She started with a fever of 100.8. That was at the first hospital. We were advised to keep her hydrated and rested. Her fever went up to 104, so we went to a second hospital. They gave her more antibiotics."

Kenley tested positive for strep throat and was given more antibiotics. But around day four or five, her fever hadn't dropped, and she was going limp. Light pink rashes also started popping up. Her mom, Kayla Conn, had to hold her head up.

It wasn't until another antibiotic was administered and those pink rashes turned dark purple-red that doctors at Riley Children's Hospital in Indianapolis thought Kenley might have Rocky Mountain spotted fever.

The diagnosis has not been confirmed, and autopsy results will not be available for a week.

Rocky Mountain spotted fever is spread by ticks that carry the bacterium Rickettsia rickettsii. When they bite humans, the bacterium enters the bloodstream and may cause symptoms such as fever, headaches, abdominal pain, vomiting, muscle pain and rashes within two to 14 days. The Centers for Disease Control and Prevention says there are more than 3,000 cases of Rocky Mountain spotted fever in the United States each year.

The disease can also be fatal if it is not treated in the first few days. According to the CDC, more than 20% of untreated cases lead to death. The most effective treatment is the antibiotic doxycycline, given within five days after symptoms appear.

Summer is the season when ticks are the most populous, but those numbers may be even higher this year. Warmer winters allow ticks to live longer and survive into the summer.

Geoffrey Wall, a tick-borne disease expert and clinical sciences professor at Drake University, advises anyone who has been outside to check their hair and scalp for ticks.

Dr. Sunil Sood, an infectious disease specialist and chairman of pediatrics at Northwell Health's Southside Hospital in Bay Shore, New York, also said to check your body while in the shower, because it can help to spot ticks early, before they have the chance to burrow into the skin.

"If at the end of the day, you bathe or shower with a washcloth, you pretty much dislodge any tick that is not yet attached," Sood said.

Sood also said putting clothing into a dryer is a simple method that can be used to kill ticks.

Clapp wants the world to know that Kenley will be missed, and the girl's family is focusing on education and awareness.

"She was always a sweetheart. Everywhere she went, she seemed like she was gleaming and glowing," she said. "She would always bring a smile to all of us.

"Now that Kenley has passed away, obviously, we can't do anything," Clapp said. "But if we can save other children's lives, and if we can educate other parents on checking for ticks, and if we can raise awareness of the signs and symptoms of Rocky Mountain spotted fever, because we had no idea. So if they have read Kenley's story, this will now be on the back of their minds. And they'll know, and they'll understand."