Tillerson thanks staff but doesn't mention Trump in exit letter 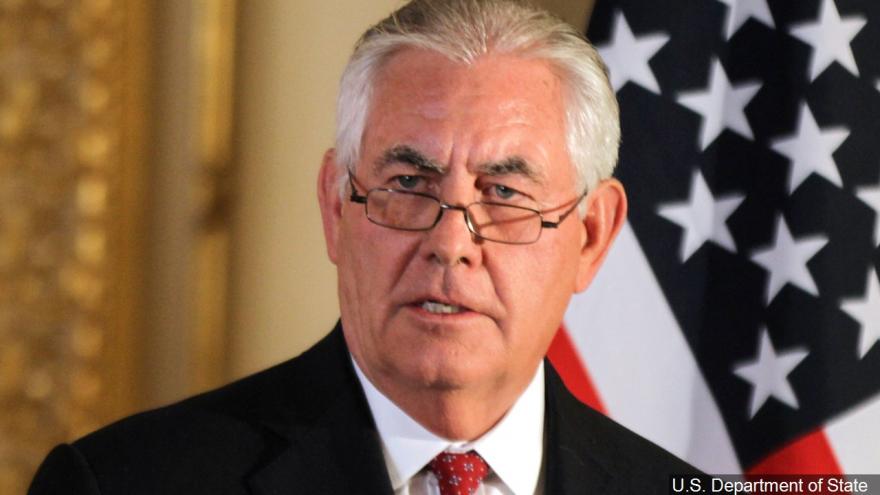 (CNN) -- Secretary of State Rex Tillerson thanked agency staff in a message Friday, calling his service at the State Department "one of the great privileges of my life," just days after being fired by President Donald Trump in an early morning tweet.

"I depart my post with nothing but the best memories of working with my State Department colleagues," Tillerson said in the letter, the text of which was obtained by CNN and first reported by the Associated Press. "Know that I will continue to pray for our country, our leaders, and your efforts to make this world a better place than we found it. I am cheering for your success and thank you again for your service."

He made no specific mention of Trump in the note, but instead encouraged staff to "remain focused on our shared mission and embrace an orderly and smooth transition process."

"In this time of transition, I know you will continue to exhibit the leadership qualities for which you are distinguished," he wrote, adding the agency will be "in good hands" with Deputy Secretary John Sullivan, who will lead the department pending now-CIA Director Mike Pompeo's confirmation as secretary of state.

While Tillerson remains in his position until the end of the month, he has delegated day-to day-responsibilities to Sullivan, who took over meetings at the State Department with the Japanese and South Korean foreign ministers on Friday.

Tillerson's 13-month tenure at the State Department was punctuated by bouts of tension with Trump and falling morale at the agency.

Staff expressed frustration over Tillerson's tendency to insulate himself within a small cocoon of handpicked advisers, effectively shutting experienced career officials out of the decision-making process.

His efforts to "redesign" the State Department, dramatically cutting its staff and budget, also drew ire and resulted in several high-level resignations in recent months.

But in his farewell message, the former Exxon Mobil executive noted his profound appreciation for the agency's 70,000 personnel.

"It is no exaggeration to say that the men and women representing our nation are among the most talented, dedicated, and patriotic Americans in public service," he wrote. "You embody a commitment to our American values of freedom, individual liberty, human dignity, and equality."