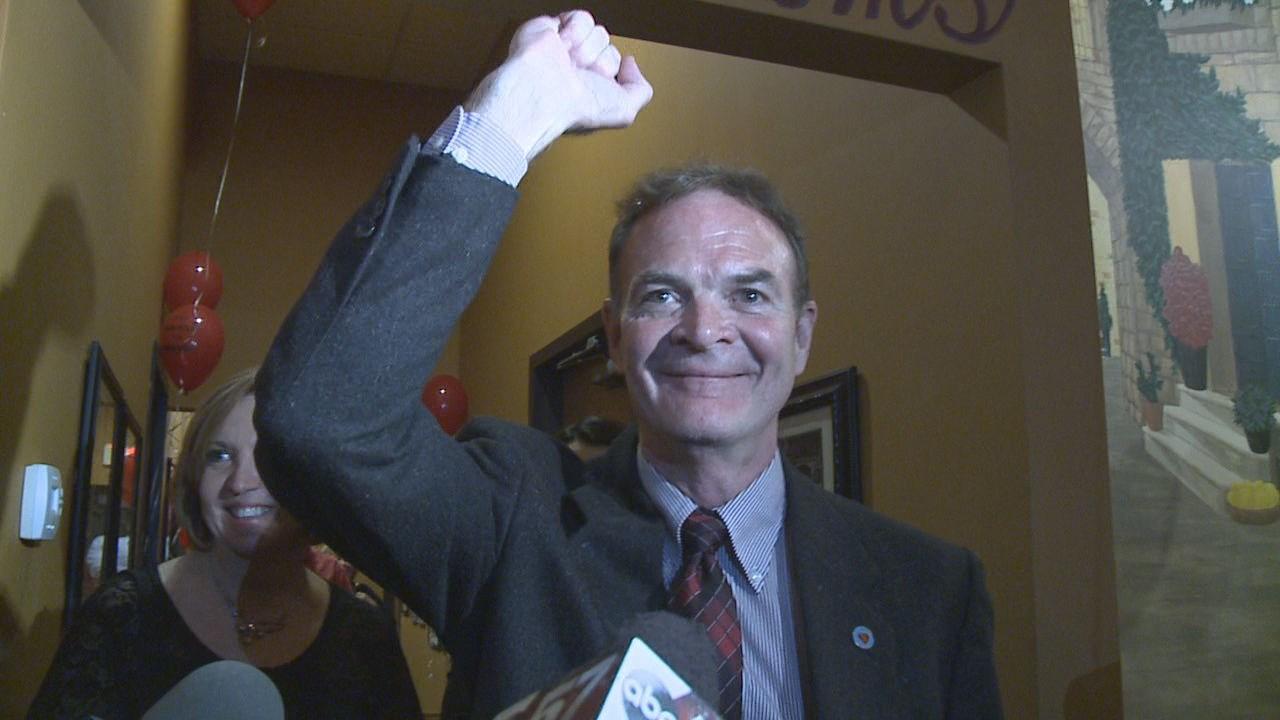 After eight years, voters opted to shake up Elkhart's number-one-in-command.

It's official, Tim Neese will be this city's next mayor.

It was a celebration at Luccheses Restaurant Tuesday night after the numbers came in.

Friends, family and voters came out to support Neese on the hotly contested mayoral race between Neese and Incumbent Mayor Dick Moore.

This was an upset for Moore as this will end his two terms as mayor and over 39 years of service in the city's government.

"I'm exhausted, I'm happy and I'm a bit surprised by the amount of [votes] in the victory, I'm eager to get going," said Neese. "I'm taking very serious what it means to be the mayor of the great city of Elkhart."

He says he had a conversation with opponent after the final results came in and Moore recommended Neese takes a little break before jumping into office.

Mayor Moore told ABC 57 earlier in the day he would consider retirement if he loses the election.