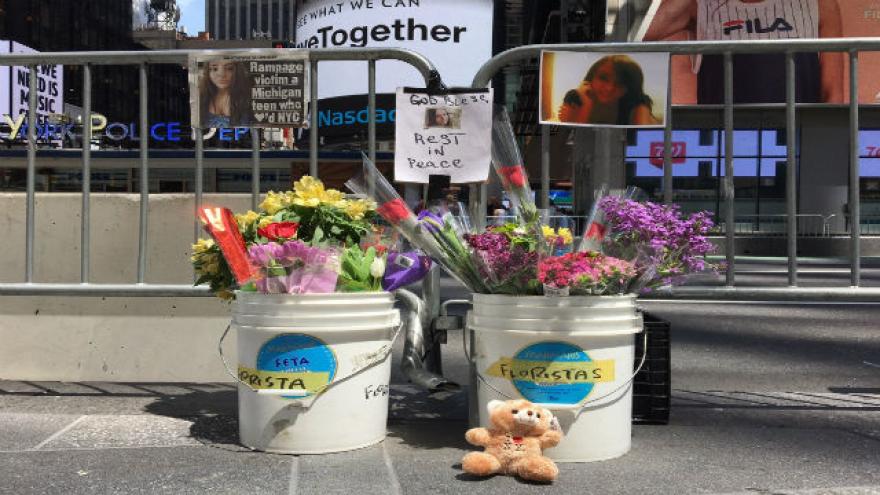 A small tribute to 18-year-old Alyssa Elsman was set up in Times Square the day after a car crashed into pedestrians on 42nd street and 7th avenue, killing Elsman and injuring 20 others. Photo courtesy Ivaylo Vezenkov / CNN 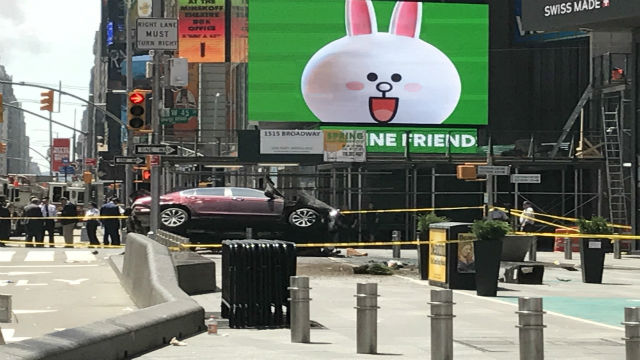 (CNN) -- A man accused of intentionally driving his car into a crowd in New York's Times Square, killing one and injuring 18 others, pleaded not guilty Thursday.

Prosecutors say that on May 18 Rojas drove his car along the sidewalk on 7th Avenue in Times Square, mowing down pedestrians along the way.

Alyssa Elsman, an 18-year-old resident of Portage, Michigan, who was visiting the city, was killed.

Her 13-year-old sister Ava and 17 other pedestrians were injured. Following the crash, the majority of the victims were hospitalized -- five in critical condition. One victim remains hospitalized.

Elsman was a 2016 graduate of Portage Central High School.

"Alyssa was the type of person who seemed very shy and reserved when you first met her, but once you started talking to her you realized she was smart, funny and engaging," Principal Eric Alburtus said in a statement. "She will be deeply missed by the staff and students here."

Moments after the incident, Rojas told a traffic agent, "I wanted to kill them all," according to a criminal complaint.

Rojas, who had served in the Navy, tested positive for PCP and told police that God made him do it, a law enforcement source told CNN.

The suspect, who suffered from "psychological issues," also told police he expected officers to shoot him, according to the source. His attorney had no comment Thursday.

Ray Sanchez and Eric Levenson contributed to this report.