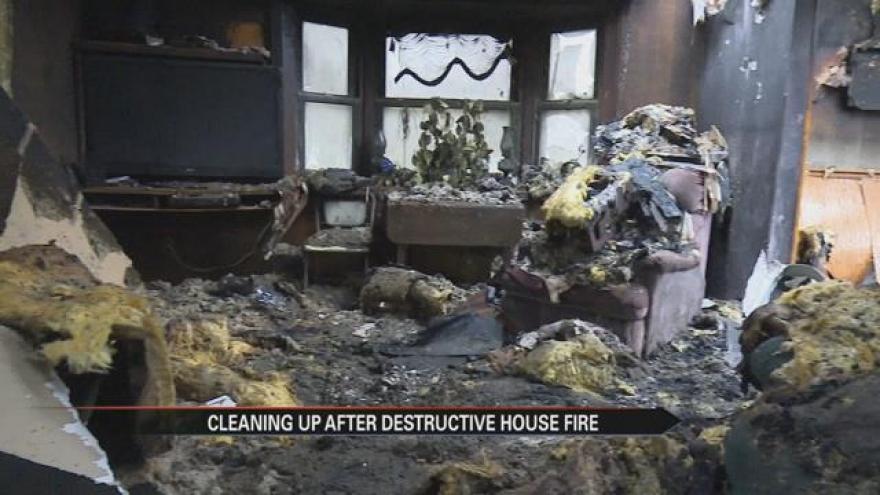 On Thursday, the Horn family spent their day saying goodbye to a family friend at a funeral in Ohio.

But then, more bad news came their way, when they got a call nobody wants to receive.

Their home of nearly thirty-eight years was destroyed by a fire.

The owner was too emotional to talk on camera. Friday afternoon was the first time he went inside the home since the flames erupted.

ABC 57 News followed him and his insurance company as they took a look at the damages.

The Tippecanoe Fire Department responded to the call made around 11:30 Thursday morning.

The flames were so intense; they had to call in backup from eight additional departments.

The Tippecanoe fire chief is speculating that the cause of the fire could be from one of the home appliances that may malfunctioned. The exact cause is still under investigation.

As of right now, Mr. Horn and his wife have to stay in a nearby Holiday Inn while they figure out what to do next.

They’re also working with their insurance company to hopefully rebuild the place that they once called home.