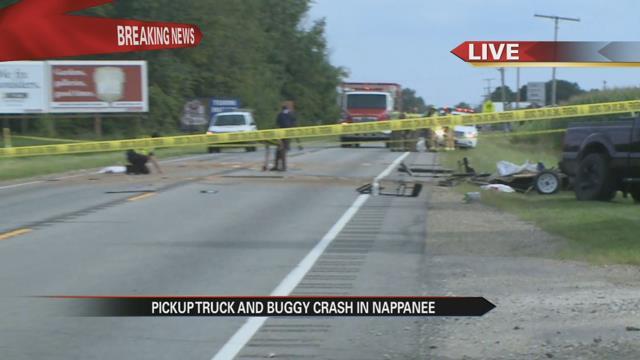 The accident involved a buggy and a pickup truck.

Two children in the buggy were taken by helicopter to a hospital in Fort Wayne.

Two adults who were in the buggy were taken by ambulance to the hospital.

Captain Bradberry with the Elkhart County Sheriffs Department said the children are listed in serious condition.

Bradberry said, “One was a 6 and a half months old, another one, a two-year-old, they were actually flown out by a Samaritan helicopter to Fort Wayne Parkview.”

The driver of the truck was not injured but he left with police officers at the scene.