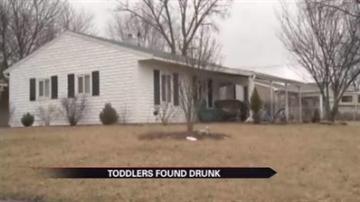 KOKOMO, Ind. -- An Indiana mother is charged with getting her two-year-old twins drunk.

Loren Breedlove faces neglect charges after police pulled her over for speeding and found one of the children unconscious in the backseat.

When police went to her home they found the other twin and a three old with alcohol poisoning.

"Later the officers went to the house and that's where the other two children were found. There at the house with the babysitter," said Major Brian Seldon, Kokomo Police Department.

All three children are now ok and in the care of child protective services.