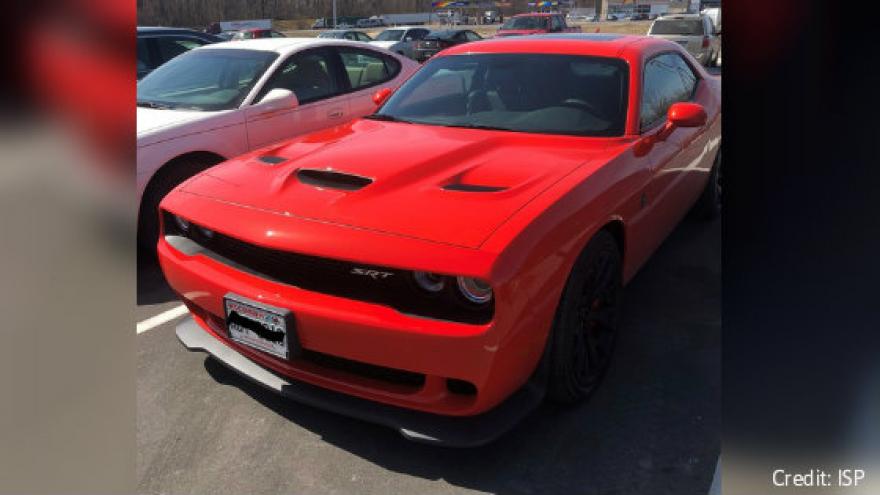 On Monday, March 20th, Trooper Dustin Eggert merged back into traffic when an orange Hellcat sped passed him.

The Trooper sped to at least 150 miles per hour, yet still did not catch up to the Dodge.

According to ISP, the trooper caught up to the Hellcat after it was caught behind two semi-trucks that were driving next to one another.

Trooper Eggert made the traffic stop about seven miles east of the LaPorte exit.

J. Jesus Duran Sandoval, 38, was the driver of the Hellcat.

Officials said, Sandoval was allegedly driving on an expired driver’s license and told police he was trying to get to Maryland.

Sandoval was arrested on a preliminary charge of Reckless Driving and was taken to the LaPorte County Jail, per ISP.

ISP is dedicated to traffic enforcement and take necessary action to enforce safety.