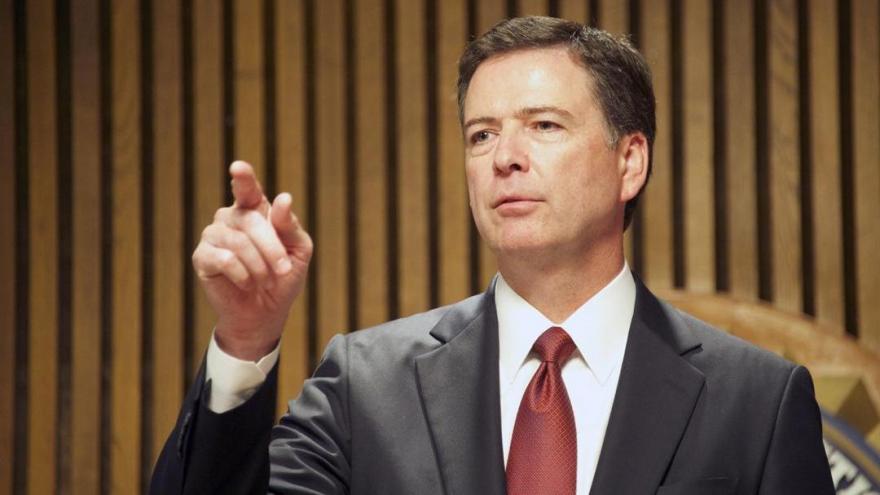 "It's a grotesque abuse of power by the President of the United States," said Toobin, speaking with Wolf Blitzer on "The Situation Room." "This is the kind of thing that goes on in non-democracies, that when there is an investigation that reaches near the President of the United States, or the leader of a non-democracy, they fire the people who are in charge of the investigation."

Toobin compared the shock move by Trump to former President Richard Nixon's October 20, 1973, firing of Archibald Cox, who was leading the investigation into the Watergate scandal.

"This is something that is not within the American political tradition," said Toobin, speaking moments after the news of Comey's firing broke. "That firing led indirectly but certainly to the resignation of President Nixon."

"This is not normal," he continued. "This is not politics as usual. This is something that is completely outside how American law is supposed to work."

Toobin acknowledged that Trump "absolutely" had the legal authority to fire Comey, but suggested the motive could only be ascribed to politics.

"This is a political act when the President is under investigation, when his White House counsel was described yesterday as being told that his national security adviser was subject to blackmail by the Russians, and they fired the Attorney General a few days later," he said.

"Now they fired the FBI director," Toobin said. "I mean, what kind of country is this?"

Later in the exchange, Toobin predicted the White House would replace Comey with a "stooge" who would turn the FBI's Russia probe into a charade.

"Can I point out the emperor is not wearing any clothes?" he asked.

"If anyone thinks that a new FBI director is going to come in and the agency will just take over and continue their investigation as if this had never happened, that's not how it works," Toobin said. "They will put in a stooge who will shut down this investigation."

"Now Donald Trump will put in maybe Chris Christie, someone who will do his bidding," he added.

In a signed letter, Trump informed Comey that he was "hereby terminated and removed from office, effective immediately," explaining that he reached the conclusion that Comey is "not able to effectively lead the bureau."

"It is essential that we find new leadership for the FBI that restores public trust and confidence in its vital law enforcement mission," Trump told Comey in the letter. "I wish you the best of luck in your future endeavors."

The White House said that Comey was fired based on the clear recommendations of both Deputy Attorney General Rod Rosenstein and Attorney General Jeff Sessions. Sessions has recused himself from the Russia investigation because he was a member of Trump's campaign team.