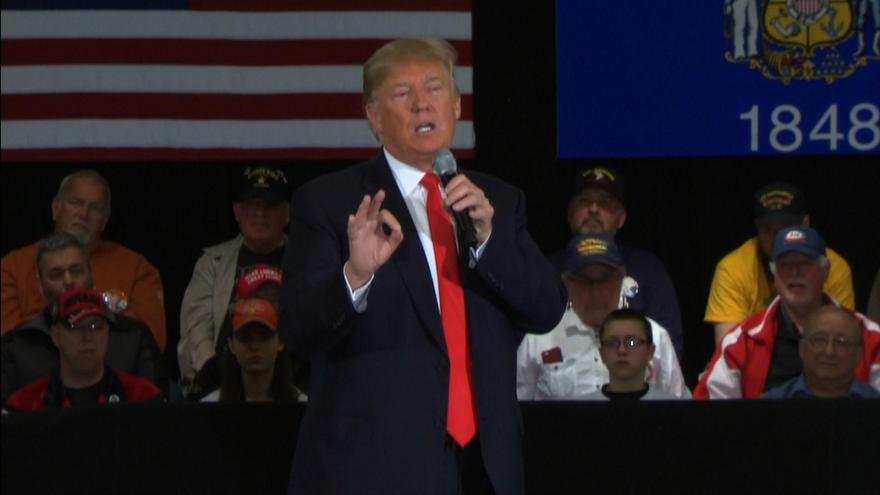 WASHINGTON (CNN) -- Hillary Clinton and her allies entered the homestretch of the general election in substantially better financial shape than their Republican counterparts, enjoying a cash advantage that gives her another leg up in the race for the White House.

New data filed Saturday reveals that Clinton's campaign, party and super PACs sit on a reserve that outpaces those of Donald Trump, warchests that are giving her greater strength on television and battleground states, where Clinton has a more muscular presence than Trump.

Clinton's main super PAC, Priorities USA, said Saturday it had amassed nearly $40 million in cash on hand, a staggering amount as of August 1, with four months until Election Day. Those funds will be critical to turning out the vote in key states, as well as flooding the airwaves with anti-Trump advertisements.

Clinton's official campaign, meanwhile, had about $58 million on hand, thanks in part to a stronger-than-typical performance with small-dollar donors. And the Democratic National Committee, which she fundraises for, pulled in $32.3 million last month and retained $10.1 million cash on hand.

Trump's allies super PAC did not show substantial reserves and are not currently on pace to keep up with Clinton's.

The main Trump group, Rebuilding America Now, is not scheduled to file a campaign finance report this weekend, though the group's chief strategist, Ken McKay, told MSNBC this week it had raised more than $10 million this year.

A second Trump group, Great America PAC, raised only $2.4 million this month, much of it from small donors. And an anti-Clinton PAC, Defeat Crooked Hillary PAC, got $2 million more from Bob Mercer, a reclusive hedge-funder close to Trump's new campaign leadership. But the PAC last month failed to secure any other major donations, hurting its claim that it is one of the primary Trump super PACs.

His official campaign revealed it raised $36.7 million in July --- including $2 million from the candidate himself --- thanks to a new wave of low-dollar donors. Trump had $38.4 million on hand. The Republican National Committee, which is running much of Trump's operation in the states, fared better than its Democratic counterparts, holding onto $34.5 million as of the end of the month.

Much of the money held onto by the parties, however, is earmarked for specific tasks and cannot be used legally on the presidential campaign specifically.

The Trump campaign claimed earlier this month that it had raised $64 million in small-dollar donations via direct mail and digital fundraising, but the campaign only reported $36.7 million in total raised. That suggests that the joint fundraising committee that collected the low-dollar cash is holding onto some money in reserves --- data that won't become public for months.

Trump spent about $20 million less in the month of July than did Clinton, who has poured tens of millions of dollars into advertising since the primaries concluded. The Trump campaign has a significantly smaller staff than does the Clinton campaign, and Trump just began its general election advertising efforts this weekend, an attempt to catch up in an area where the Clinton campaign has so far completely outspent the Republican nominee.

One Democratic donor in particular is reasserting himself as a heavyweight: billionaire environmentalist Tom Steyer. Steyer gave another $7 million to his super PAC, NextGen Climate, last month, raising his total contributions to that group this cycle to over $35 million.

The Clinton supporter struggled to impact the elections in 2012 and 2014, but he has continued his efforts in this election, with the stated goal of inspiring action on climate change.

Another Clinton backer, former New York City Mayor Mike Bloomberg, did some of his first 2016 spending by contributing $5 million to his super PAC, Independence USA.

Clinton is scheduled to attend a top-dollar fundraiser Tuesday at the Hollywood Hills home of Justin Timberlake and his wife, actress Jessica Biel, a source with knowledge of the fundraiser told CNN. Leonardo DiCaprio was supposed to host the event but pulled out due to a scheduling conflict.

The event comes as part of a three-day, eight-fundraiser-trip to California for Clinton.

As of the end of July, the Clinton campaign reported to the Federal Election Committee that it had raised almost $275 million and spent over $230 million. Over the same period, the Trump campaign had raised slightly over $91 million and spent just over $71 million. Not including outside groups, the two campaigns have combined to spend more than $300 million so far in this election cycle.

Gary Johnson, the Libertarian candidate who needs money badly to advertise to make the first presidential debate, raised only $1.6 million and had only $1.2 million on hand.