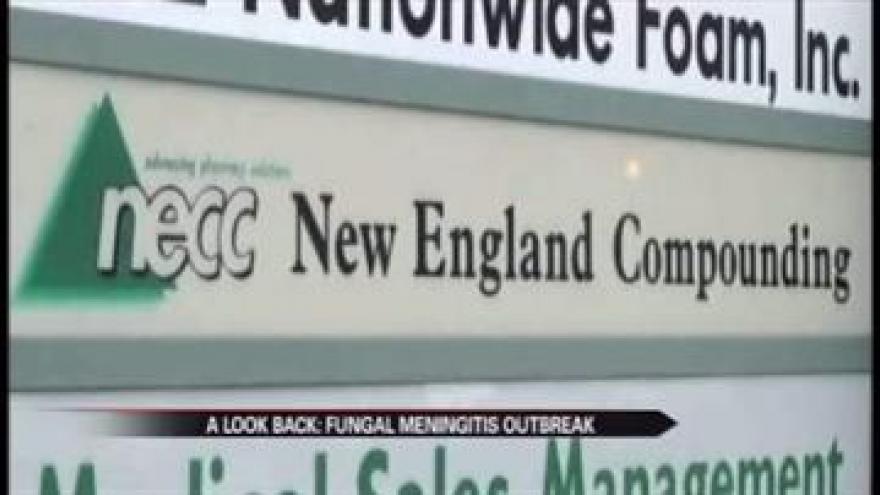 ST. JOE COUNTY, Ind. -- A huge national story that affected hundreds of people right here in Michiana is the fungal meningitis infections linked to tainted steroid injections. Indiana and Michigan have one of the highest case counts in the country.

Jack Pavlekovich, better known as "Pappy,” is a retired St. Joseph County police officer. But right now he's in the biggest pursuit ever, a fight for his life.

His fight started in September of this year after he got two steroid injections to relieve chronic back pain at OSMC, in Elkhart.

"I had a total of four back surgeries," said Pavlekovich

Pappy is one of the thousands of people that was injected with contaminated steroids that came from New England Compounding Center (NECC), which is located in Massachusetts.

After his injections he is now one of the many battling fungal meningitis.

"At that point and time I was really, really concerned. I thought we were going to lose him,” said Tammy Pavlekovich, Pappy’s Wife.

His wife Tammy said he had congestive heart failure when he was first admitted to Memorial on Oct. 5.

"It's really kind of a new problem that we haven't seen in the past and it's a national problem,” said Dr. Dan Nafziger, IU Goshen Health Infectious Disease Consultant.

But Dr. Nafziger the Michiana area seems to have a disproportionate share of caseloads in comparison to the rest of the country.

"There was quite a bit of contamination in the bottles that were tested,” said Dr. Nafziger.

And dozens of people who got the injections locally continue to battle the side effects or worse have died fighting.

Which means attorneys, like Doug Small with Foley & Small, has been busy filing lawsuits against NECC and its owners.

"We've had two of our clients unfortunately pass away,” said Small.

Small says all the suits filed across the country will likely become a nationwide lawsuit that will end up in federal court.

"It will likely happen in the first quarter of next year," said Small.

One of his clients that will be patiently waiting is Pappy.

"They turned my living room into, as you can see a hospital room, with a hospital bed," said Pavlekovich.

Pappy was released from the hospital in November and is continuing his ongoing treatment from home with his family.

“Plain words I’ve been beat to heck. There is no reason I should have missed a month of my children growing up," said Pavlekovich.

Now a lot of their worries have turned to frustrations at NECC, the steroid pharmaceutical company where the alleged contamination happened.

“I wish they would have checked their drugs more so this didn't have to happen. Not only to us but to other people as well, especially the ones who have lost their loved ones,” said Tammy.

The number of infections continues to grow even as 2012 comes to a close. 223 cases have been reported in Michigan leading to 10 deaths.

In the Hoosier State, 68 cases have been reported causing seven people to die. Across the country 39 patients have died and there are currently more than 600 cases.