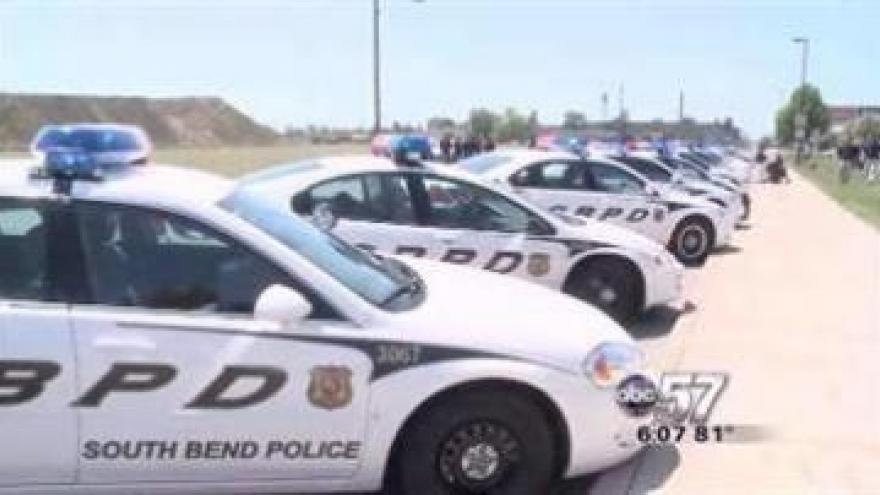 SOUTH BEND, Ind. -- Since March, ABC57 has been reporting on the tape recording scandal at the South Bend Police Department. Dozens of lawsuits have been filed and the reputations of more than a dozen people hang in the balance.

ABC57's Jason Aubry takes us back to where this all started and shows us how it got to this point.

It all started many years ago, before Darryl Boykins was even chief of police.

At that time, the phone lines for the Division Chief's of Uniform Officers and Investigations were added to the recording system at the police department.

The reason they would be recorded along with 911 calls was to maintain a record of crime tips and complaints against officers.

Fast forward to 2010. Steve Richmond is promoted to Division Chief of Investigations by Darryl Boykins.

Richmond didn't want to lose his current phone number so he asked the chief's secretary to do something about that.

The secretary had the line moved but, didn't tell the director of communications Karen DePaepe about the switch.

As a result the line that was supposed to be recorded for tips and complaints, ended up being routed to a phone that would later belong to Captain Brian Young.

A year later, in early 2011 DePaepe was doing her job, going through each line to make sure it was recording properly after several rounds of maintenance.

That's when she stumbled onto conversations that shocked her.

She told Chief Boykins about the situation and was told he would get back to her on what to do about the recorded line.

But that didn't happen and the issue was seemingly forgotten.

As the election season of 2011 heated up, it appeared that the young, inexperienced, Pete Buttigieg was going to be the next mayor of South Bend.

Rumors had begun to circulate at the police department of a power play being set up to secure the chief of police position by financial donors influencing the next mayor.

DePaepe was concerned that something illegal may be occurring and reviewed the recorded line.

Again she was shocked at what she heard and brought it to the attention of Boykins.

That's when Boykins told her to make copies of the relevant conversations.

DePaepe copied several conversations onto 5 cassette tapes. By the time she had completed a copy of that set of tapes, Buttigieg had won his bid for mayor and was interviewing people for the chief of police job.

Corbett and Richmond would later claim to be on the cassette tapes.

Before DePaepe could complete a third copy of the tapes, so that Boykins could bring them to the mayor and Corbett's boss, someone on them complained to the feds about the situation claiming they had been wiretapped.

An FBI investigation was launched in mid January of this year and the tapes were seized as evidence.

At the end of March Buttigieg demanded Boykins resignation.

They were not placed on administrative leave pending the outcome of the investigation.

About six weeks later the US Attorney revealed he would not be charging Boykins or DePaepe with any crimes, saying charges were not warranted.

Buttigieg claims the US attorney used his prosecutorial discretion and that the mayor's staff was told that if they removed Boykins and DePaepe from their positions it would prevent the two from being charged with a crime.

But that's not how it works.

Prosecutors don't let criminals go out of the goodness of their heart or because a deal was struck over their employment.

Prosecutors charge people with crimes they can prove.

They don't charge people with crimes if they don't think they can win the court battle or at the very least land a plea deal.

In addition to charges not being warranted, all of the cassette tapes alleged to be illegal wiretapping were returned.

By then the community was clamoring to know what was said on the tapes that caused this ruckus.

Instead, the mayor's office sent all of the tapes to the Department of Justice with a blanket request for them to review them for wrongdoing.

Months went by with no word from the justice department.

Finally, the tapes were sent back.

When the box arrived the mayor refused to open it and look inside to verify the tapes were there or for instructions from the Department of Justice about what to do next.

At that time, Buttigieg and Interim City Attorney Aladean Derose insisted the city had not received any other correspondence from the Department of Justice regarding the tapes.

But that turned out not to be true.

We contacted the Department of Justice and they told us they sent a letter at the same time they sent the box.

The letter was also faxed to the city days before the box arrived.

On top of that, the letter explained that the city failed to provide enough evidence of a prosecutable crime and that the Department of Justice would not look into the tapes because of it.

A few weeks prior, the common council had hired an attorney and subpoenaed the tapes.

But the city, not wanting to comply with the subpoena, opened a case in federal court where they want a judge to determine the legality of the tapes and if they could release them to the common council.

Because Buttigieg refused to comply with the common council's subpoena, they took the city to court as well. This case is in the local circuit court.

The officers and one of their spouses who claim to be on the tapes have filed their own federal lawsuit against the city, Boykins, DePaepe and her attorney Scott Duerring.

That lawsuit seeks to prevent the tapes from ever being played.

The officers' case and the common council's case, are languishing in limbo waiting on two rulings in the city's federal case. One would dismiss it, the other would combine it with the officers' case.

As for Darryl Boykins and Karen DePaepe, they are planning to file their own lawsuits against the city over how they were treated.