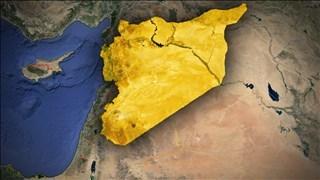 By Hamdi Alkhshali and Salma Abdelaziz

The commander of one of the most effective rebel forces battling Syria's government has been killed in an airstrike, a monitoring group and Syrian state media reported Friday.

Zahran Alloush, general commander of Jaysh al-Islam, was killed in eastern Ghouta, a suburb of Damascus, his rebels group confirmed.

Alloush and four senior-level officers were killed Thursday when their high-level meeting was bombed by warplanes, the London-based Syrian Observatory for Human Rights said.

It is unclear whether the Syrian military or Russian planes carried out the strike, the group said. Syria's state-run news agency, SANA, reported it was a Syrian special operation and aired aerial footage it said was from the strike.

The military chief was a jailed Salafi activist, who after his release from prison in 2011 established a rebel battalion to overthrow the government of President Bashar al-Assad.

The group rose to prominence when it claimed a July 2012 bombing on National Security Headquarters in Damascus that killed a number of top government officials, and Alloush became one of the most influential rebel leaders in Syria and a highly wanted man.

When ISIS took parts of Syria, Alloush and his group countered their expansion in some suburbs of Damascus.

Alloush has long been accused of receiving Saudi funding from Salafi fundamentalists.

Jaysh al-Islam, whose fighters number in the thousands, participated earlier this month in the Riyadh conference, which laid the groundwork for future Saudi-led peace talks.