Severe weather in November is possible, but rare. The severe weather on Sunday, November 5th, stayed mainly to the south and east of Michiana, producing tornadoes across Indiana and Ohio. The National Weather Service has finished a preliminary report depicting the tornado that traveled through Indiana on Sunday. The tornado was an EF-2 tornado that formed in Deleware County, and continued into Blackford and Jay counties in Indiana, and Mercer county, Ohio. The tornado traveled thirty-nine miles, and had max winds around 134 MPH. (Tornado video above was given to ABC57 by Dustin Fisher).

Tornadoes are most common in the spring and summer, when the seasons change and when humidity, heat and other ingredients can come into play. However, the number of tornadoes per month from 1981 to 2010 spikes in October and overflows into November. This is due to the changing of seasons from fall to winter. When arctic cold fronts push in and interact with warm air, we get strong cold fronts and very unstable air. This is what happened for Indiana and Ohio on Sunday. 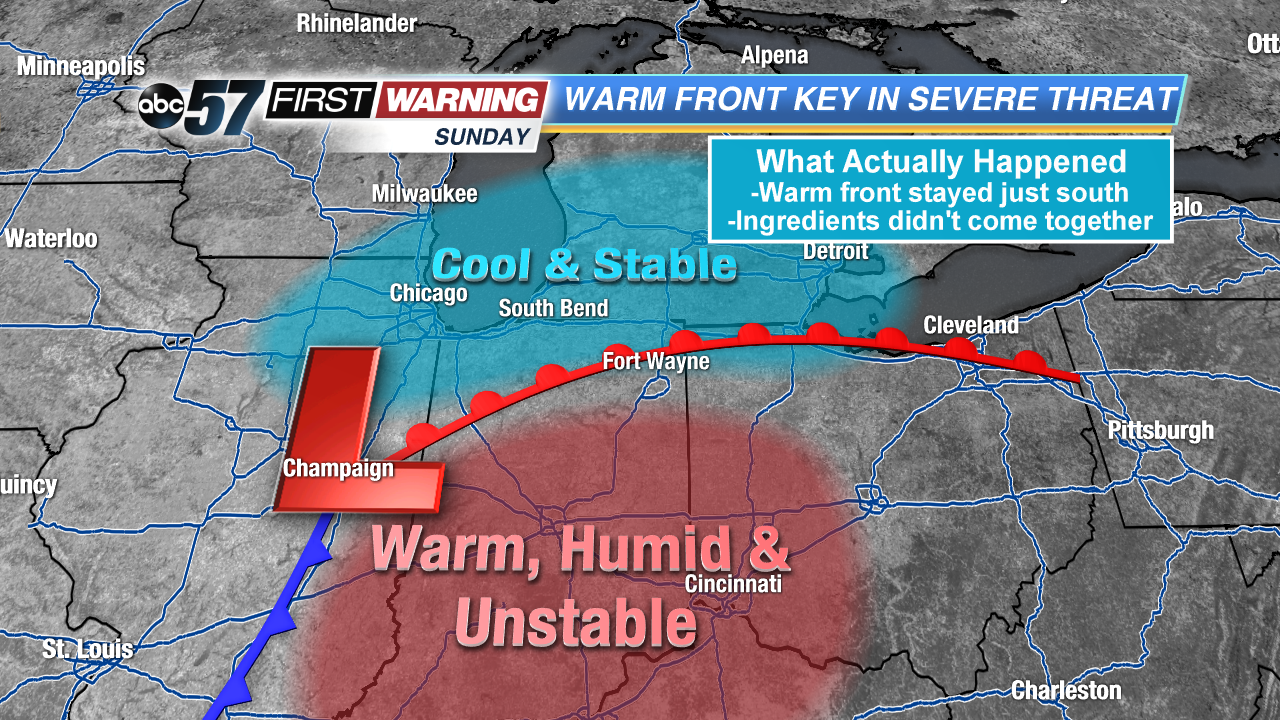 Michiana was missed by the severe weather for one big reason. The warm front only made it north about half way through Michiana before it was taken over by the cold front. This means that the warm, unstable air which is needed to form severe thunderstorms, mainly stayed to the south. Instead, cool air and fog suppressed the severe weather action. Below, it is visible that the storm reports came in from locations in the warm, unstable sector of air and near the warm front.

November tornadoes are rare. The last tornado producing weather event to affect northern Indiana was in 2013. Since 1900, there have only been nine events including Sunday in which a tornado touched down in northern Indiana. This is only 8.4% of the past 117 years.

The National Weather Service of Northern Indiana has more information on November Tornadoes.