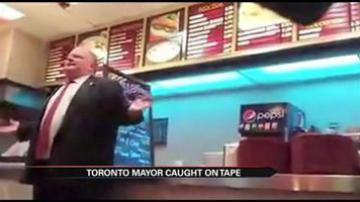 ORONTO -- Toronto Mayor Rob Ford was caught on camera drunk, slurring, and swearing in a restaurant.

Reporters waiting outside his office were met with a very combative and defiant Ford.

He did admit to reporters he was drunk, despite pledging to swear off drinking last year.

"I was with some friends and what I do with my friends, with my personal friends, that is up to me," said Mayor Ford.

Most of Mayor Ford's powers were stripped from him in November by the city council.