Town of Osceola under scrutiny for failing fire department 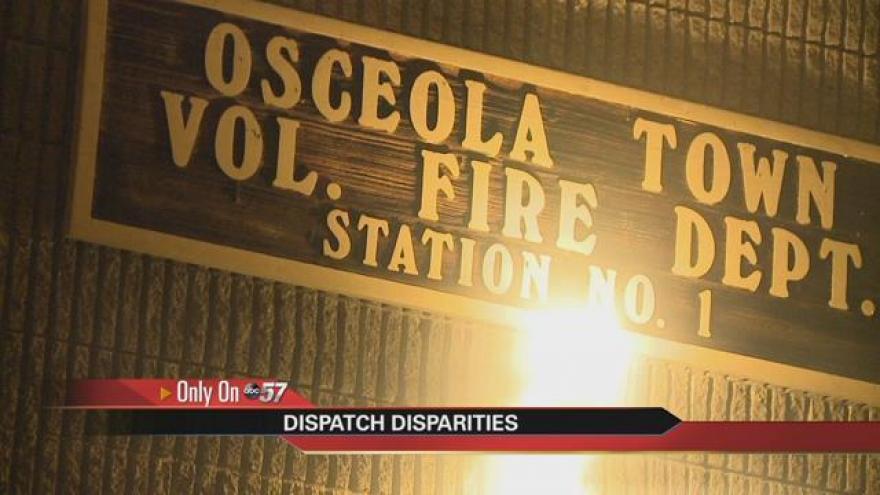 Multiple firefighters who used to work for the Osceola Volunteer Fire Department are speaking up and speaking out against the town board.

The town is under scrutiny and under pressure to make some tough decisions with their dwindling fire department.

Chris Boling is a former Assistant Fire Chief, who was fired nearly six years ago.

“The current board needs to figure out if they want a fire department or not. If they truly want one, they have to find a way to fund it. Its sending a message that ‘we don’t care.’ Let’s avoid the problem and let other people handle it,” said Boling.

Since January 1, the Osceola Volunteer Fire Department has not been answering any calls from St. Joseph County 911 Dispatch.

The Penn Township Fire Department is instead coming to the aid of thousands of people outside of the towns that pay taxes for their services.

The Mutual Aid Box Alarm System, or MABAS, is an agreement between various departments in St. Joseph County, but is not intended for daily assistance.

This aide has put even more of a strain on response times, sometimes doubling or even tripling.

John VanBruaene is the Chief for the Penn Township Fire Department.

“A concern for the residents of Osceola actually. We are in this business to help people. We want to do anything we can to help people. Doesn’t’ matter where they are at. So we are concerned about the safety of the town residents," said VanBruaene

One former member of the Osceola Fire Department wanted to remain anonymous.

“The department is definitely lacking their resources. Guys not able to do their jobs. Trucks being held on by duck tape. Literally," said the former firefighter.

"Our trustee is opening good faith negotiations with Osceola. She is doing what we all feel is the right thing. She has approached them with the option to help them without affecting the unincorporated townships,” said VanBruaene.

“I would say he (VanBruaene) needs legal council and if he’s with no liability then yeah. Maybe then somebody will pay attention,” said Boling.

ABC 57 News attempted to reach out to the clerk that handles the town's budget, but did not receive a call back.