This week has been hot, but we still are below the normal number of 90 degree days for a year in South Bend. 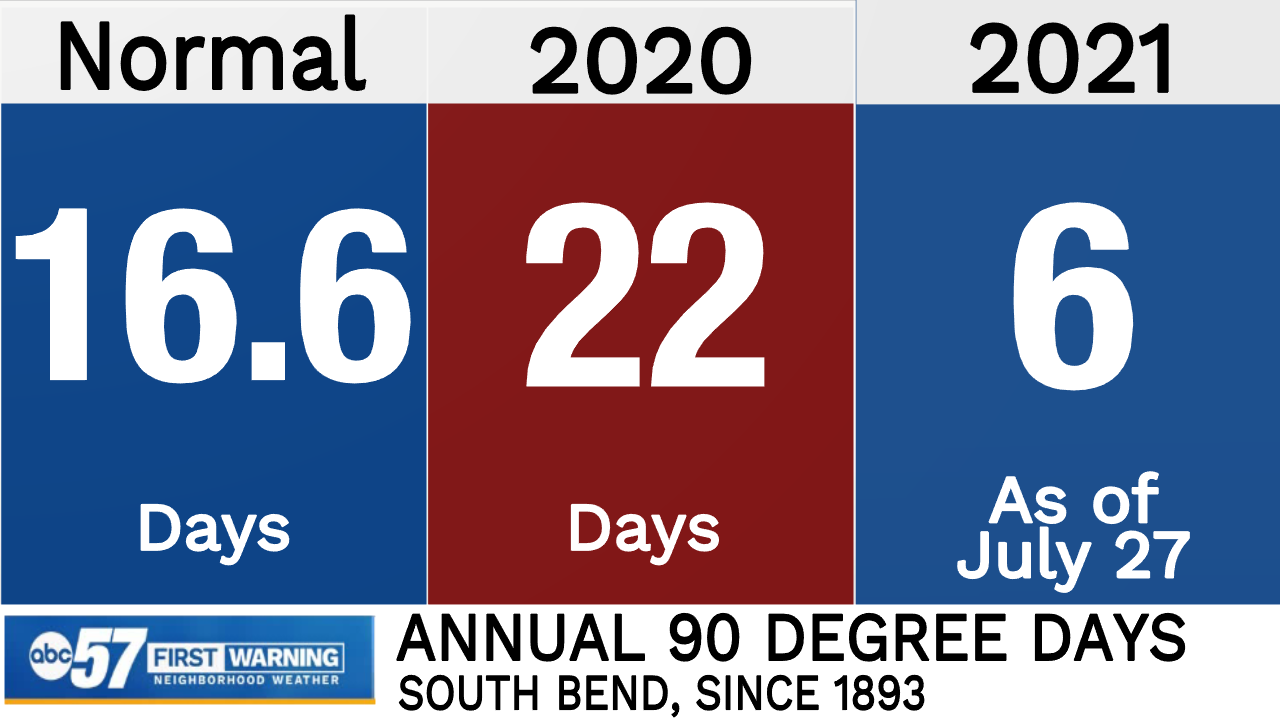 We're at the lower end of the spectrum so far this year, which is opposite of last year. There were 22 days with 90 degree or higher temperatures, which is more than normal.

The highest number of 90 degree days each year usually happen in July. In a typical month of August, it is still normal to see around four 90 degree days. An average September has around one or two 90 degree days. 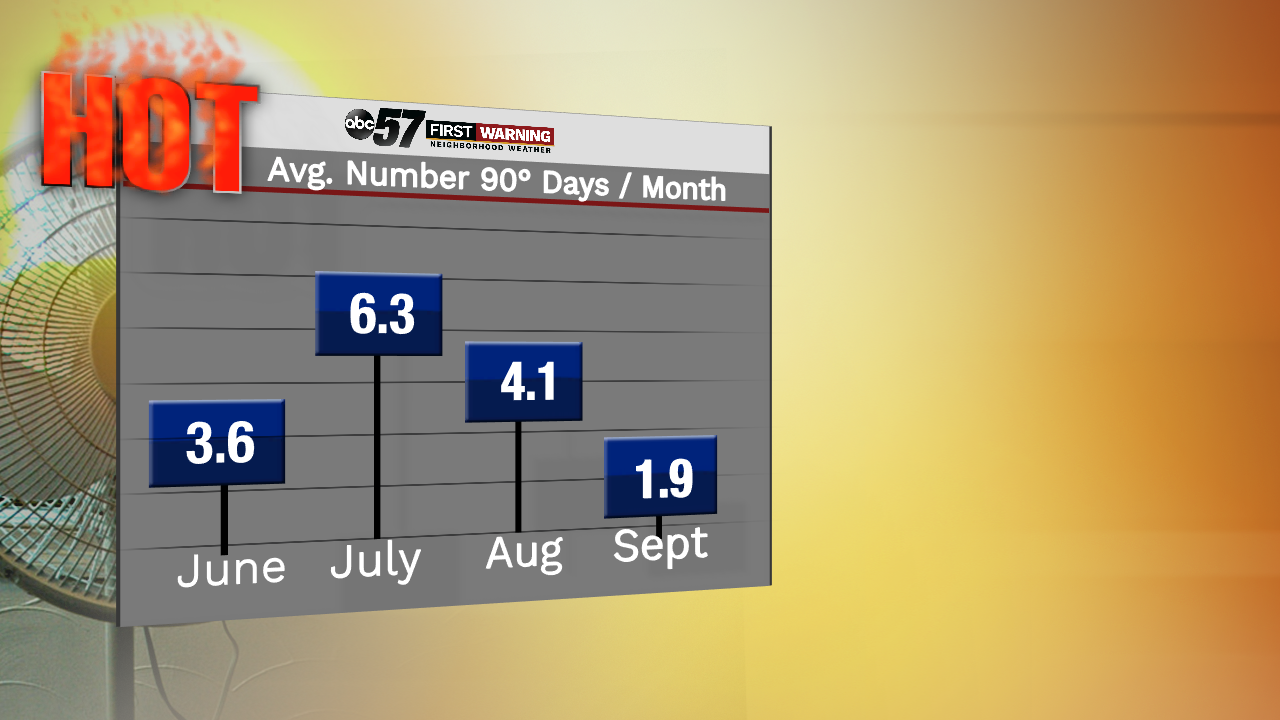 How likely are we to 'catch up' to the average of 16 or 17 days for a year? We won't count it out, but it isn't likely as temperatures are on the downward trend for the year now. 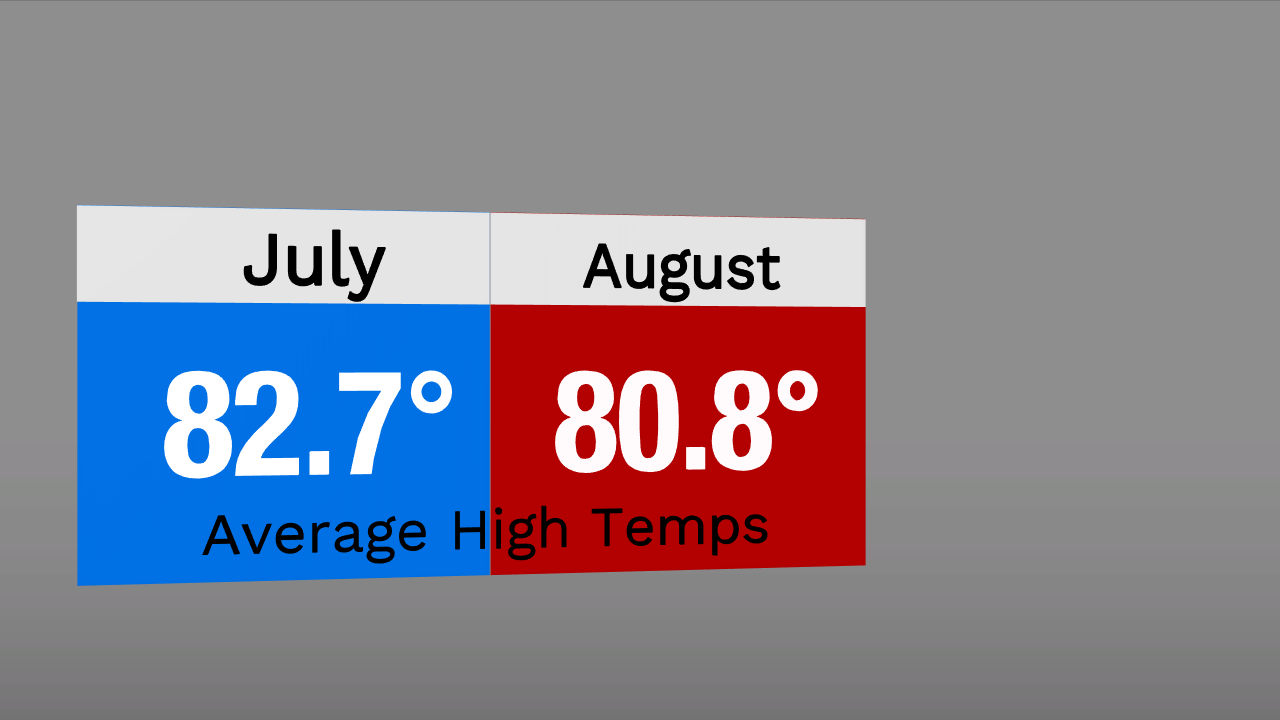 Climate Prediction Center's most recent outlook for next month show a 30 to 40 percent chance of above normal temperatures. 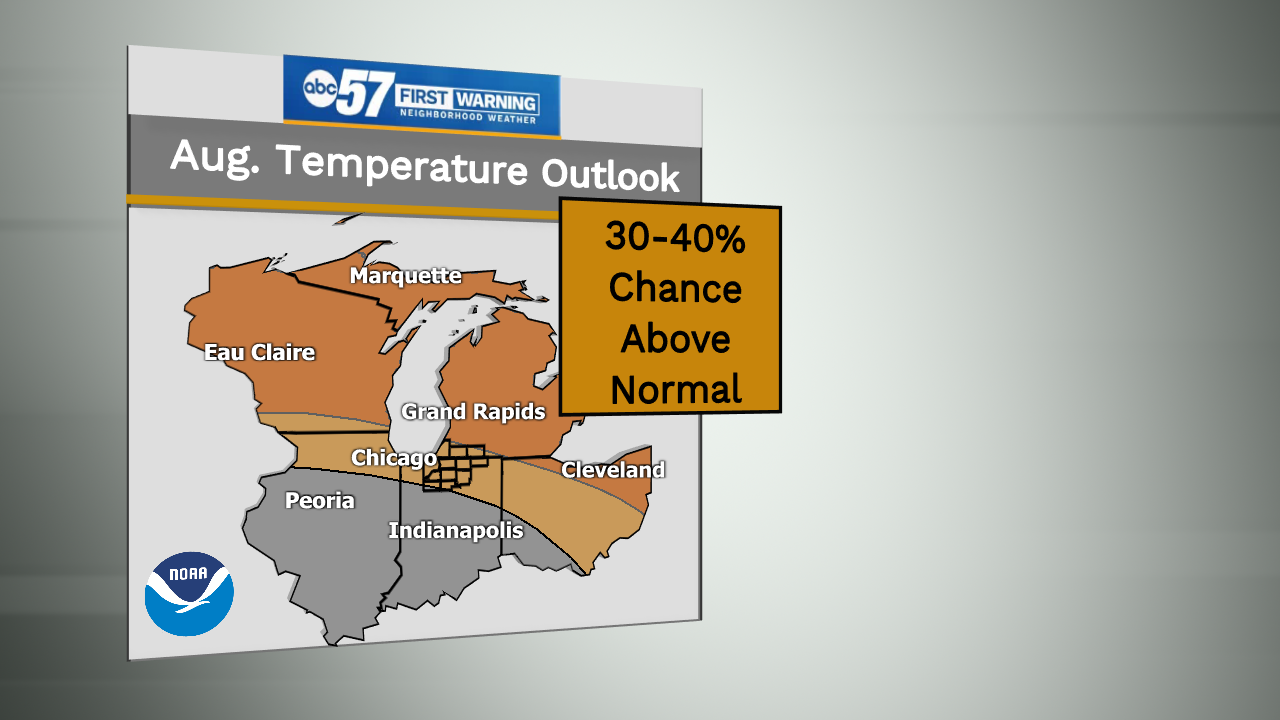 This means we won't say goodbye to summertime heat, but that doesn't necessarily mean 90 degree days.