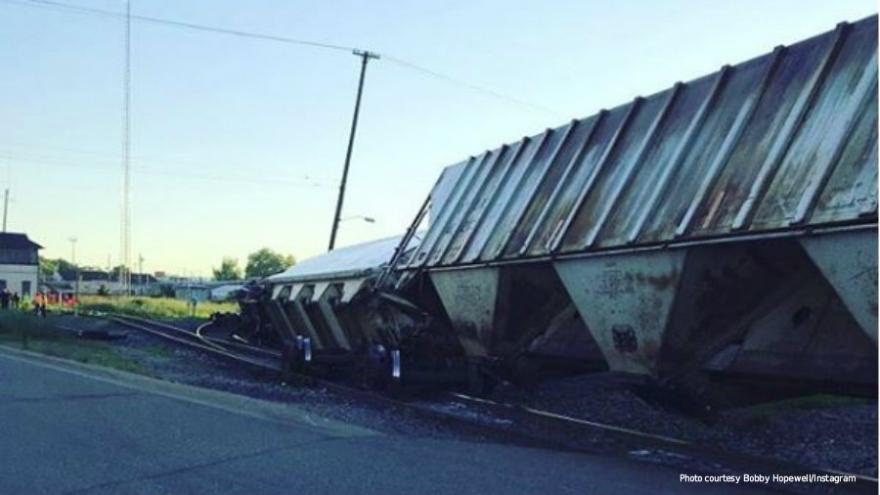 According to an Instagram post from the city’s mayor, Bobby Hopewell, the train derailed at Porter and Willard streets.

The city's Department of Public Safety told WZZM the train was transporting cargo and there is no sign of hazardous materials being released.