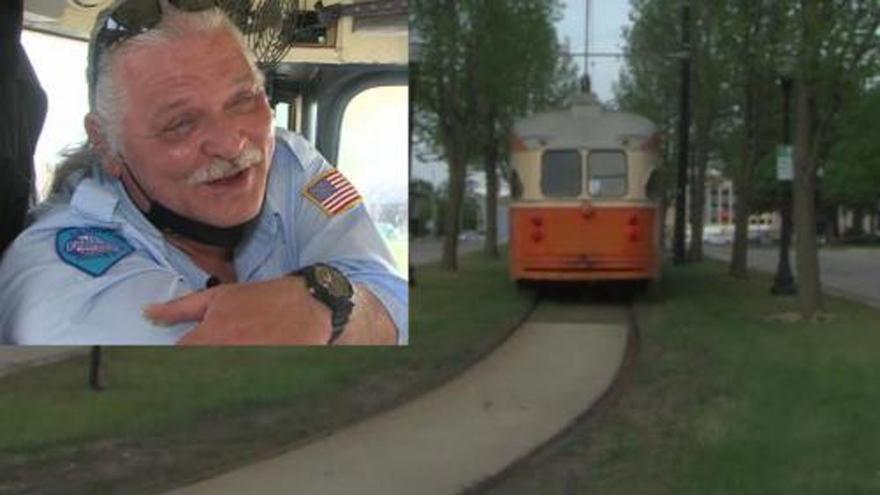 KENOSHA, Wis. (CBS 58) -- A Kenosha firefighter and his bride got a surprise visit at their wedding reception. An uninvited guest gave them a gift they will not soon forget.

It was a Kenosha area transit worker. He was driving his street car Saturday and spotted something on the tracks he just couldn’t ignore.

If you've hopped on one of Kenosha‘s brightly colored street cars in the last two years, chances are you’ve met Bob Cis.

“People come from all over the world to ride this thing,” said Cis.

Saturday night, as his shift was coming to a close, a white envelope on the tracks caught his attention.

“And it was right here in the dirt right before the cement started and I got out and picked it up."

Two names were on the envelope. It seemed like a wedding gift.

[Click here to watch the video from this story]

“Got the street car put away in the garage and then tried to hunt down the rightful owners,” said Cis.

Not an easy task for a guy who has difficulty walking.

The hunt took Cis to two wedding venues before he decided to do a little hunting online. As luck had it, he found a site with the information needed.

“And I noticed that he had a transit jacket on. We joked because we immediately thought, are we getting a parking ticket? I was like what’s going on?” said the newlyweds, Kaily and Nick Moss,

After receiving the card and cash gift that the giver feared was lost forever, Kaily and Nick Moss offered Cis a bite to eat. He refused, figuring he’d done what he came for and now it was time to go home.

“It meant the world to us, something very simple, and that is why I had originally reached out to his supervisor just to let them know how great of an employee that they have,” said Moss.

As for Cis, he wonders what all the hoopla is about.