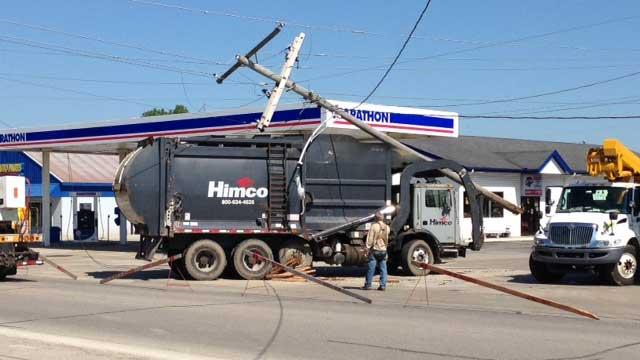 Police say they received a call at approximately 8:54 a.m. Tuesday in regards to a truck hitting something on East Waterford Street in Wakarusa.

Upon arrival, police found a Himco garbage truck had struck a utility pole near the 900 block of East Waterford Street.

Police say the driver of the garbage truck was not injured.

The accident caused the power to go out to most of the area, but it was quickly restored by NIPSCO workers who say they rerouted power from other sources to solve the issue.

Some lanes were restricted as police worked to clear the scene.

According to police, the driver of the garbage truck told them he thought he saw a vehicle pulling out of the gas station as he was attempting to pull in so he swerved, causing him to crash into the utility poll.

The accident is still under investigation by the police.