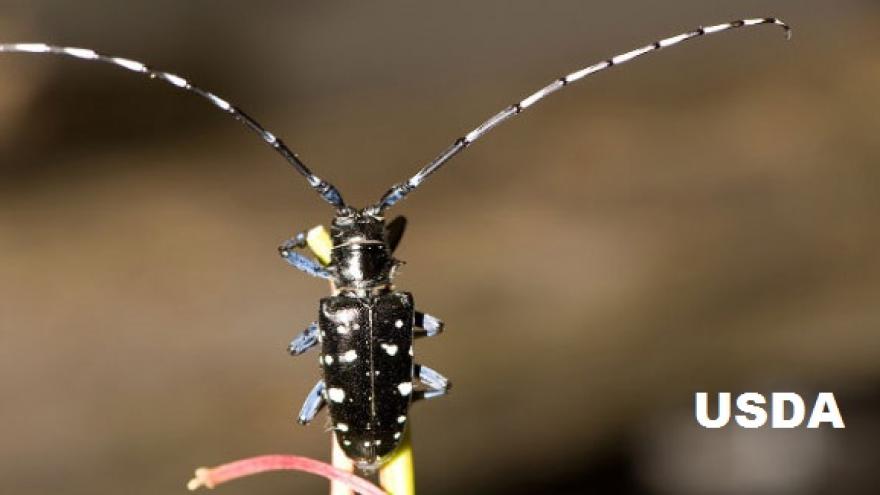 NILES, Mich. —  The United States Department of Agriculture is warning of a destructive pest by assigning the name "Tree Check Month" to August. The pest being referred to is the Asian longhorned beetle, and August is the perfect time to check for them.

While they can invade any state, Michigan is especially concerned. The Michigan Department of Natural Resources even issued a bulletin highlighting the pest, which is on the state's invasive species watch list because, "It poses an immediate or potential threat to the state's economy, environment or human health." 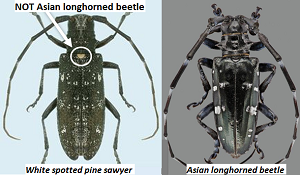 Michigan DNR
That's why officials in Michigan are encouraging everyone to check their trees for the beetles, in addition to the damage their larvae leave behind. It could prevent a potential infestation and significant loss of trees. 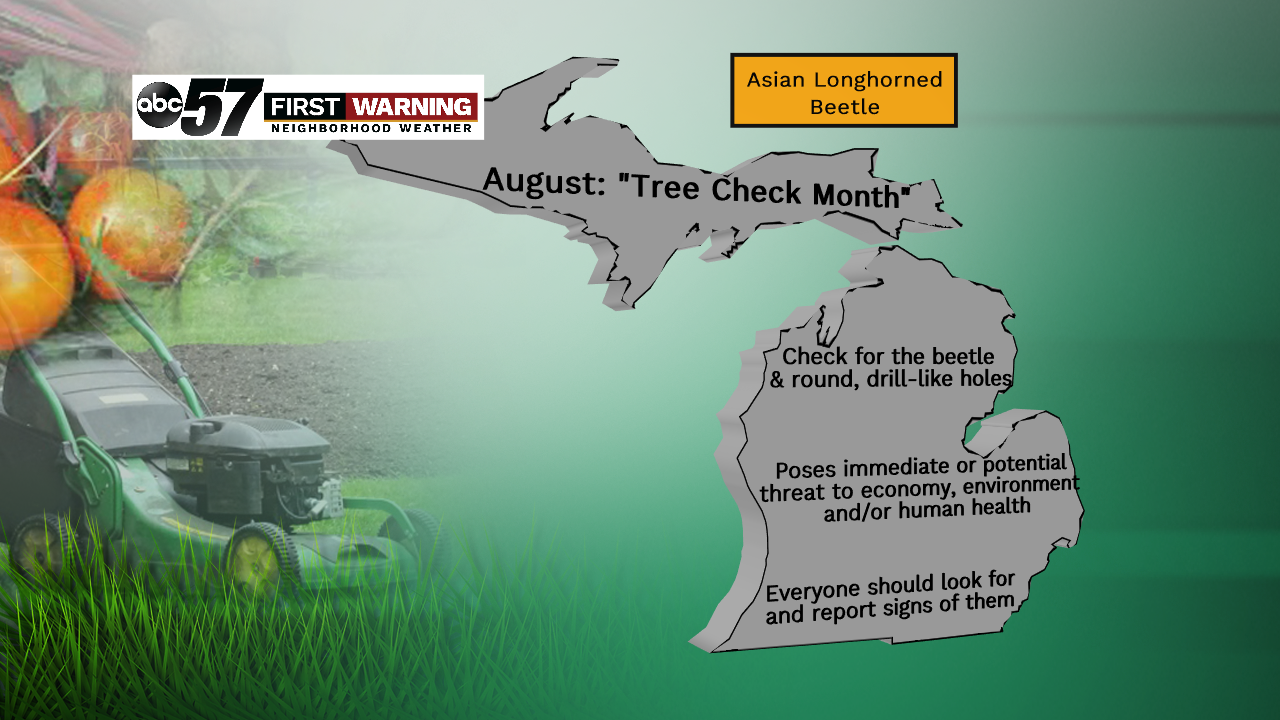 The beetles have already invaded parts of New York, Massachusetts and Ohio, leading to the removal of more than 180,000 trees to date in those states. Why is that so important? Well...

According to the Arbor Day Foundation, "One large tree can provide a day’s supply of oxygen for up to four people."

That means those 180,000 trees would have produced enough oxygen for roughly 360,000 to 720,00 people for a single day. Or, three to seven times the population of South Bend! 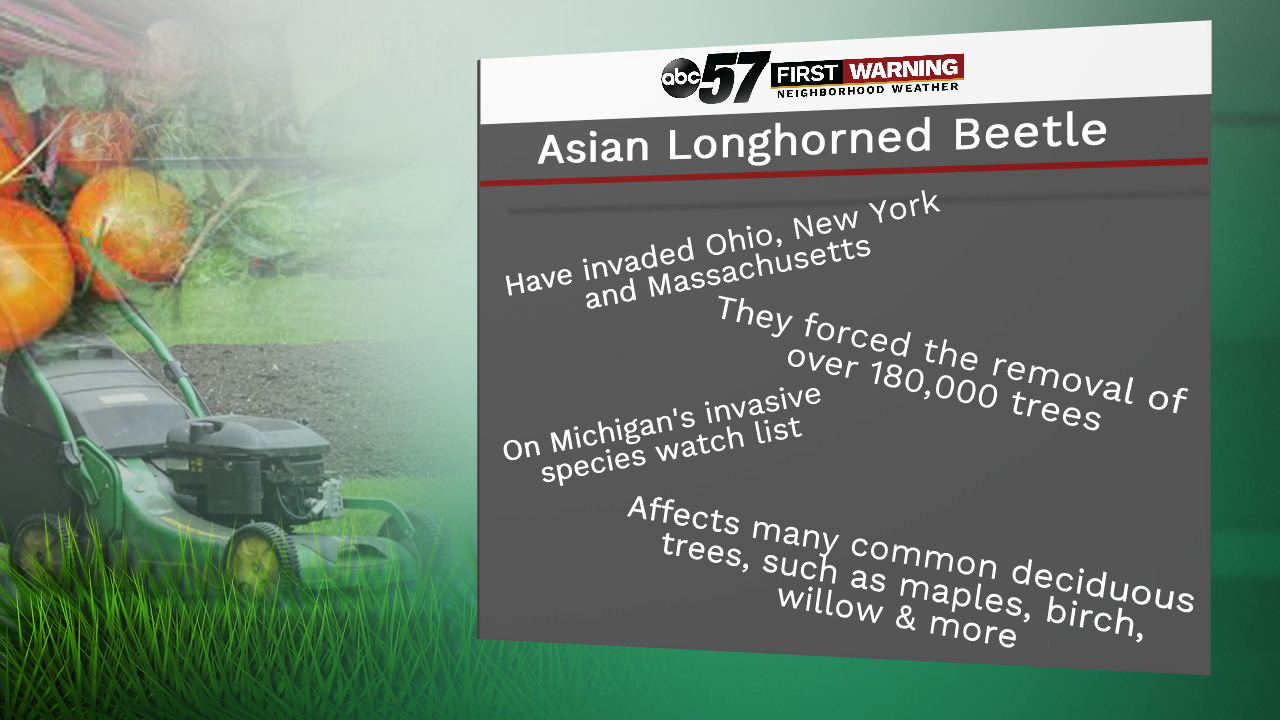 Trees are good for other environmental reasons as well, which makes checking for these beetles so important.

They mainly go for common deciduous trees, including maples, birch and willow. If you know your property has those kinds of trees, be sure to check them over the next week or two for... 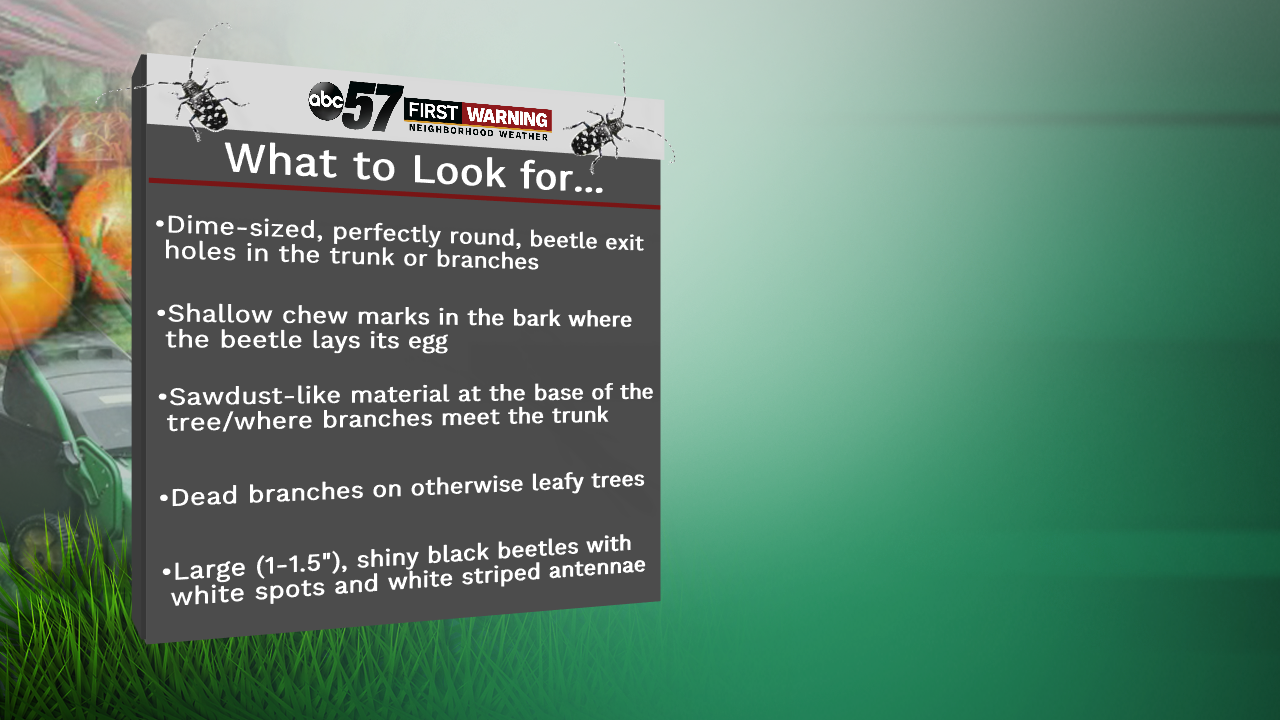 Let's say you find evidence of these beetles while conducting your search. What is the next step?

According to the USDA and DNR, you should make note of what you find and where you find it. If possible, a photo is great to have. You should then attempt to capture the insect(s), put it in a container and freeze it to allow for easier identification later on.

Once you do that, be sure to contact the USDA at 866-702-9938 or by completing a form. The Michigan Department of Agriculture and Rural Development will also take reports. Their information is: