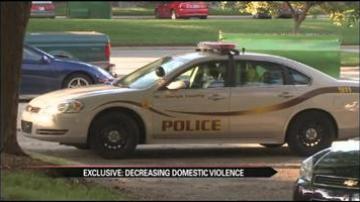 SOUTH BEND, Ind. -- October is domestic violence awareness month. It is also the one year anniversary of the discovery of 45-year-old Trina Winston’s body in Chicago.

Her husband, 49-year-old Tarrance Lee, was convicted of her murder.

Lee had been convicted back in 1987 for murder and years before that for attempted murder but was released for good time credit and helping police solve over ten murders.

Traci Winston finally got closure last year when her sister’s body was found by a utility worker in Chicago.

“We had closure and we found her body,” said Traci.

But what she cannot understand is how she did everything to get her sister out of the abusive relationship and yet Trina still ended up being murdered by her estranged husband.

“We moved her into a safe house,” said Traci.

Prosecutor Michael Dvorak admits Lee had been released for assisting in over ten murders.

“He was released in 2003 for murder for helping police solve other murders,” said Dvorak.

He says he, his team of police investigators, and domestic violence advocates did everything to get Trina away from Lee and Lee back behind bars.

“She left the shelter,” said Dvorak.

What damaged Dvorak’s domestic violence case against Lee the most was Trina recanting her statement. It forced Dvorak to dismiss the case.

“She paid the ultimate price for not cooperating with law enforcement. Did she deserve that? No,” said Dvorak.

So now Dvorak is trying to get this hard truth out so other victims can be saved before it is too late.

He says in 2011-2012, 32-percent of domestic violence victims recanted their statement.

That number went down from July of 2012 to July of 2013 to 23 percent, but he says that is still higher than any other type of crime committed making it tough on prosecutors.

Traci is also trying to educate the community, through a domestic violence education group called Hear our Tears.

“The cycle of violence; you do return and you do look for love,” said Traci.

Traci says if her group can save one life, then Trina's legacy will live on.

“She is gone but she is never forgotten,” said Traci.