Tropical trouble in the Gulf of Mexico? 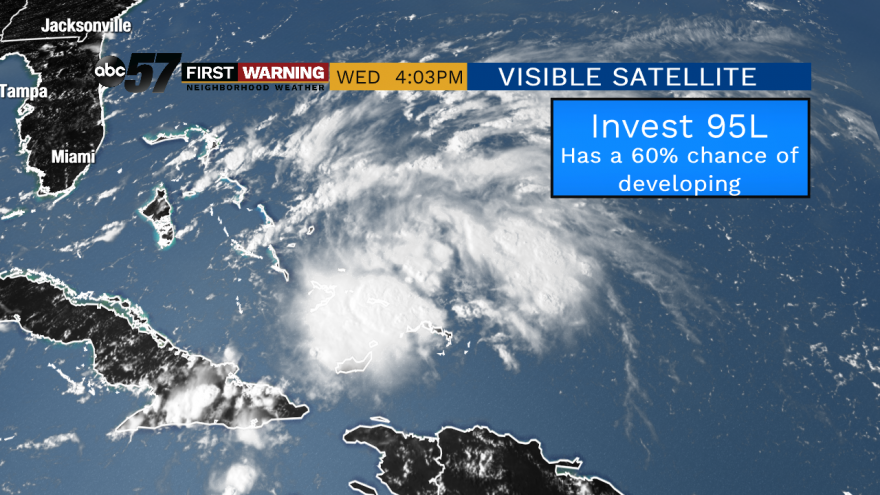 Dorian has come and gone, but there is a system that bears watching between Cuba, The Bahamas and Hispaniola.

The National Hurricane Center has been monitoring an area of disturbed weather for several days, and has continued to increase its chances of developing into a tropical depression, or stronger. 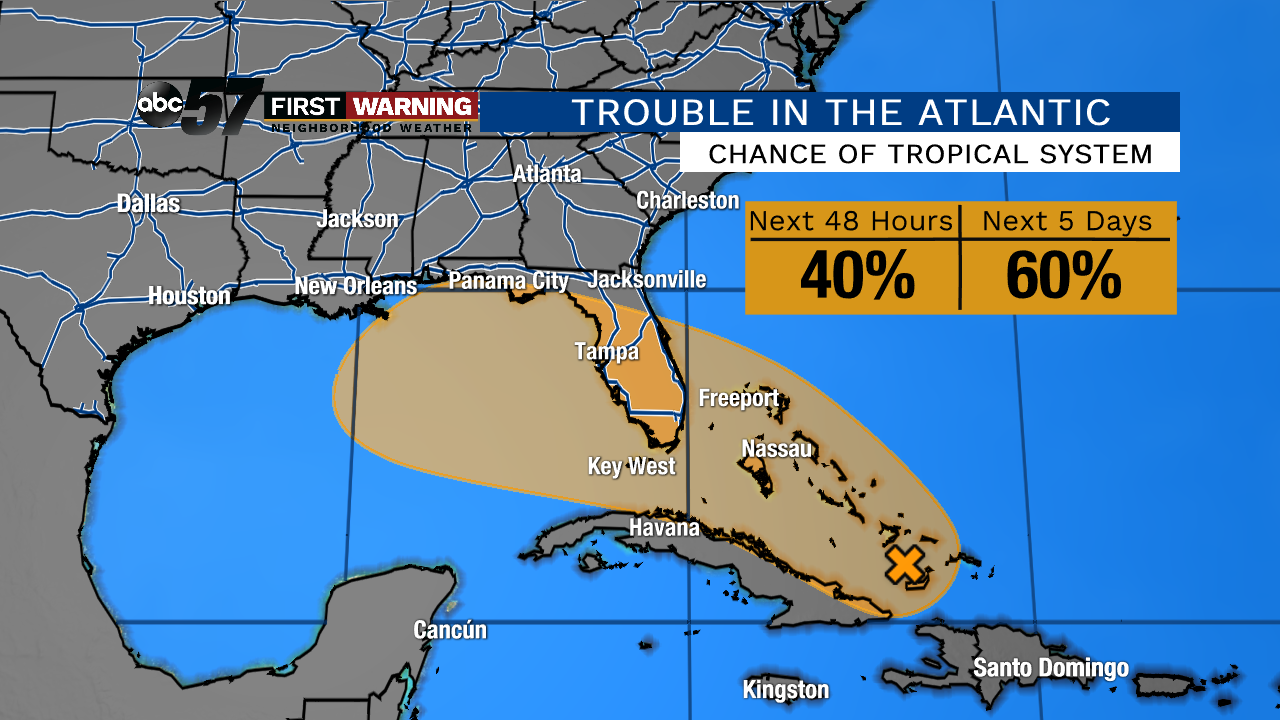 National Hurricane Center
The projected path of the disturbance, currently dubbed Invest 95L, takes it northwest across The Bahamas and the Florida Peninsula before turning slightly more westward in the Gulf of Mexico.

Once it reaches the Gulf of Mexico, its chances of developing into a tropical system -- and possibly a named storm -- increase a bit. Over the next 48 hours, there's a 40% chance of the system developing.

Over the next five days, though, the probability of it becoming a tropical system rises to 60%, its highest chance yet. 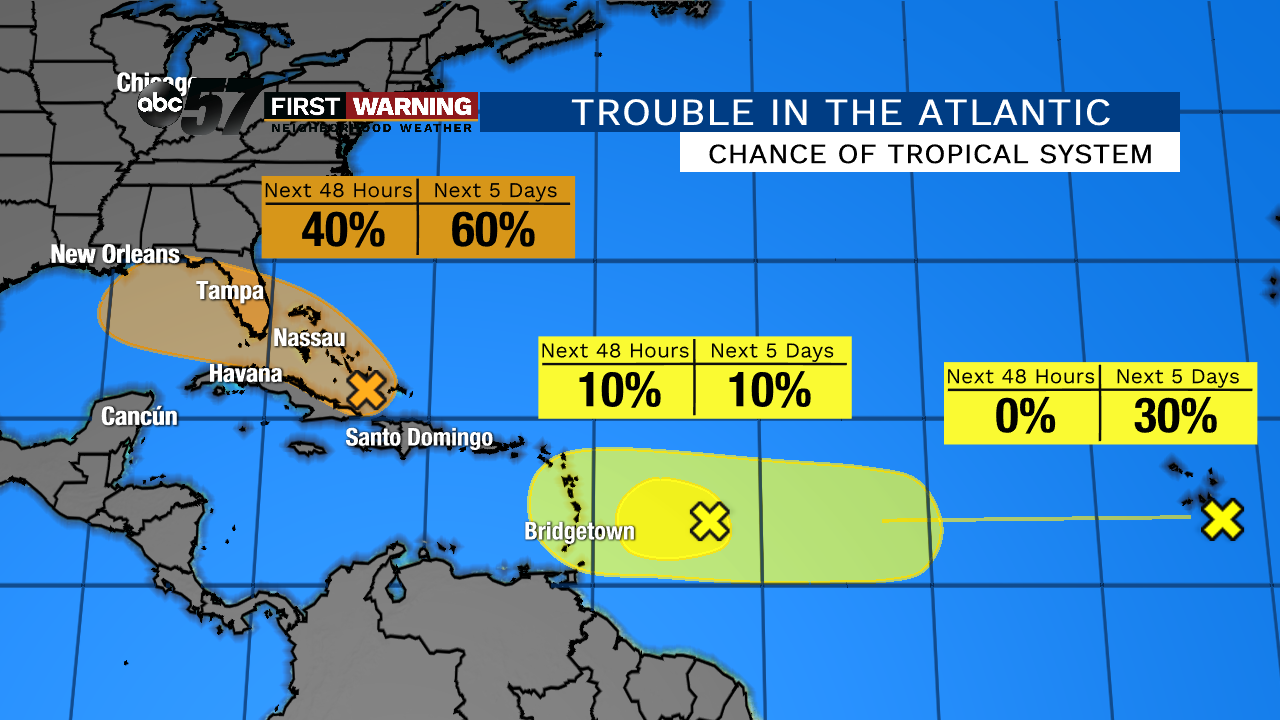 Regardless of whether or not the area of showers and storms becomes a named tropical system, heavy rain, dangerous beach conditions and gusty winds are expected from northern Cuba and The Bahamas to Florida and eventually the Gulf Coast.

Anyone with interests in those areas should continue to monitor the progress of Invest 95L. That includes coastal Texas, Louisiana, Alabama, Mississippi, and Florida.

Beyond this system exists two other areas worth watching out in the Atlantic Ocean. Each of them have a relatively low chance of becoming tropical depressions, but the NHC says conditions could support eventual development.