Tropics are heating up as August gets underway 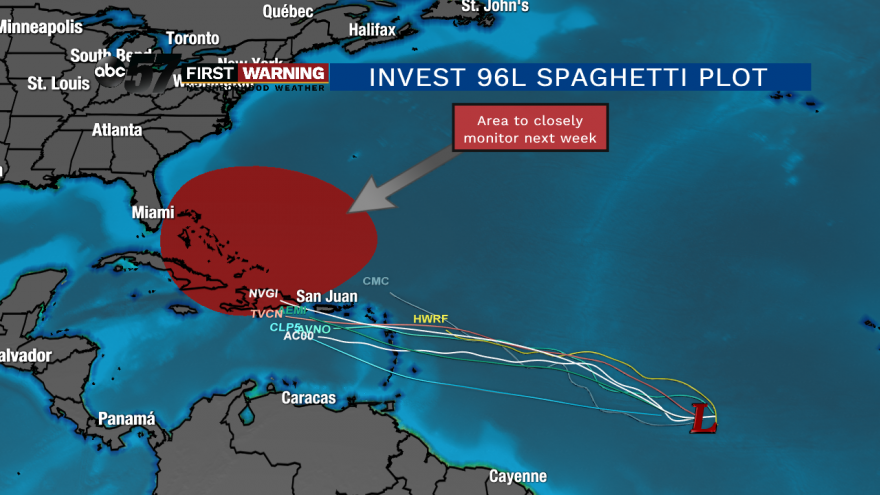 It's August 1st and that means hurricane season is entering its most active period. August, September and October typically feature the most tropical systems in the Atlantic Ocean, Caribbean and Gulf of Mexico.

It's also the most active period for tropical systems in the Pacific. And, right on cue, conditions are heating up in both basins. 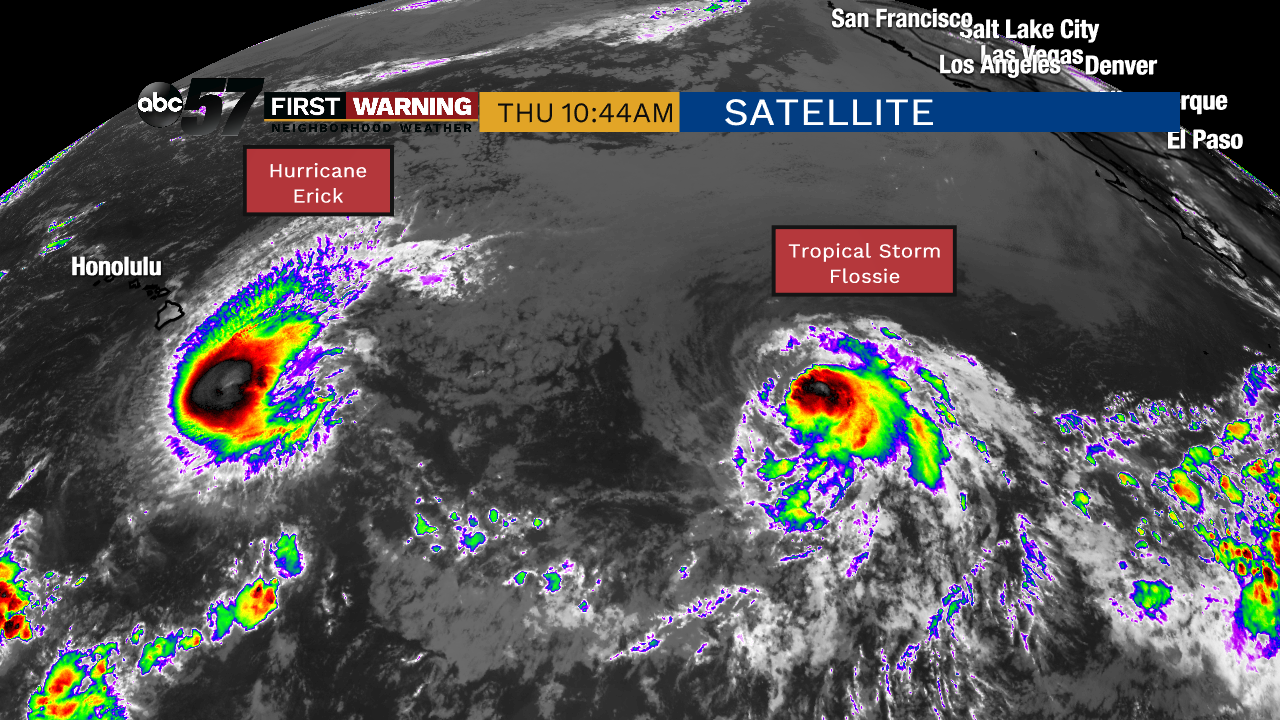 Two named storms heading in the general direction of Hawaii as of August 1st.
Over in the Pacific, we have Hurricane Erick just southeast of Hawaii. On its heels is Tropical Storm Flossie. And behind that is another wave that has a 50% chance of becoming a named system in the next five days or so. 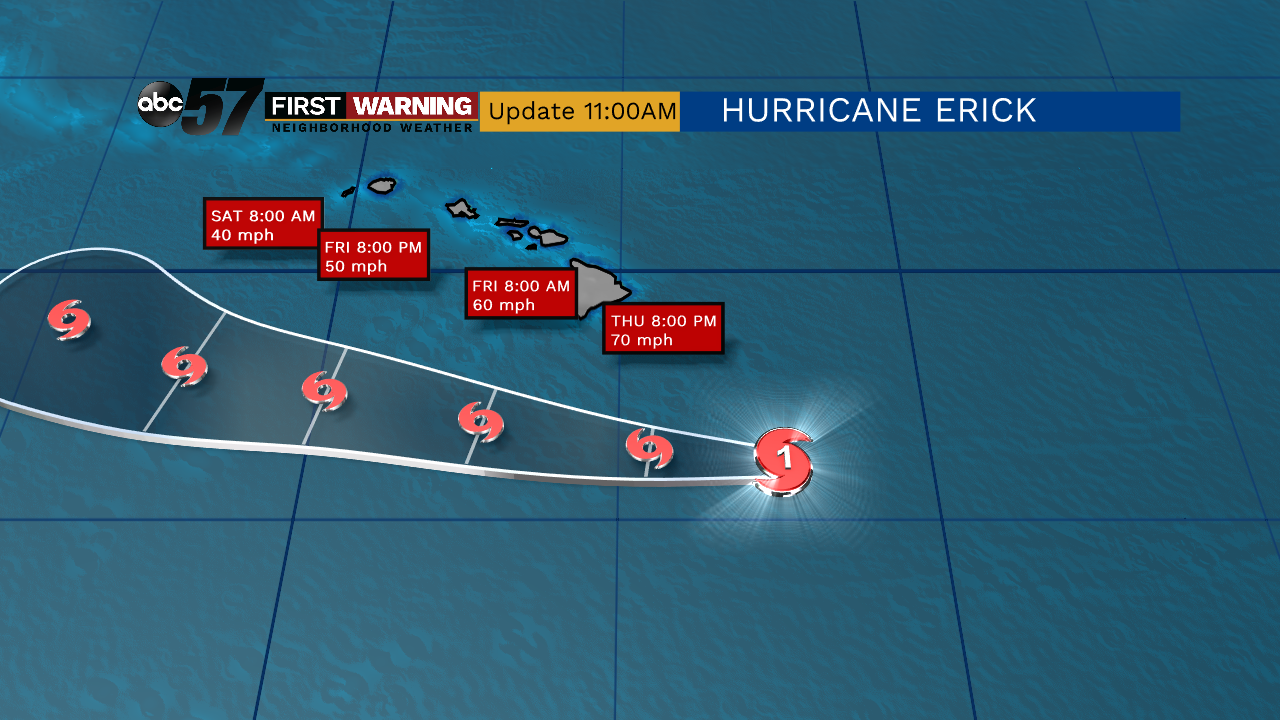 Projected path of Hurricane Erick. NHC
Fortunately, Erick is expected to weaken to a tropical storm and eventually a tropical depression as it passes to the south of the Hawaiian Islands. While increased surf, gusty winds and perhaps some increased rain chances are expected, significant impacts are not likely. 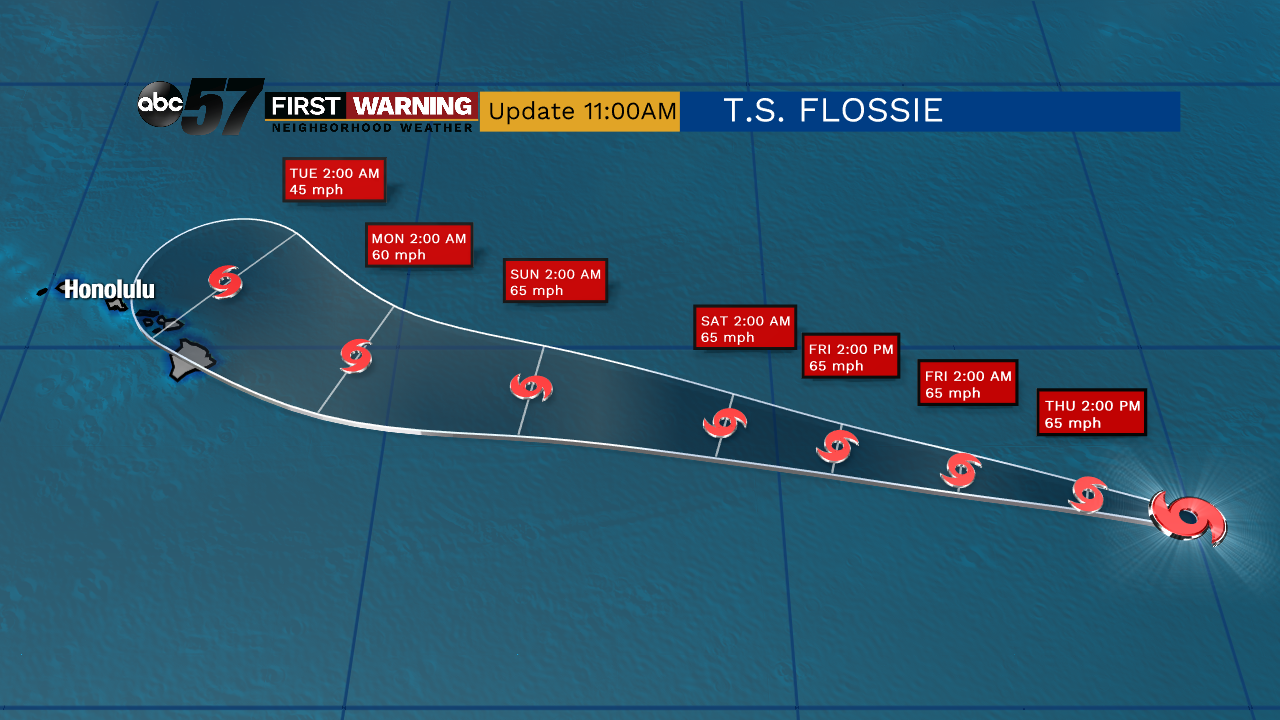 While the impacts to Hawaii will be minimal with these two systems, this is a trend we could see continuing over the next few months as we head into the peak of hurricane season.

Switching gears to the Atlantic basin, things are slightly less active, but there are still a pair of concerns currently being monitored by the National Hurricane Center. 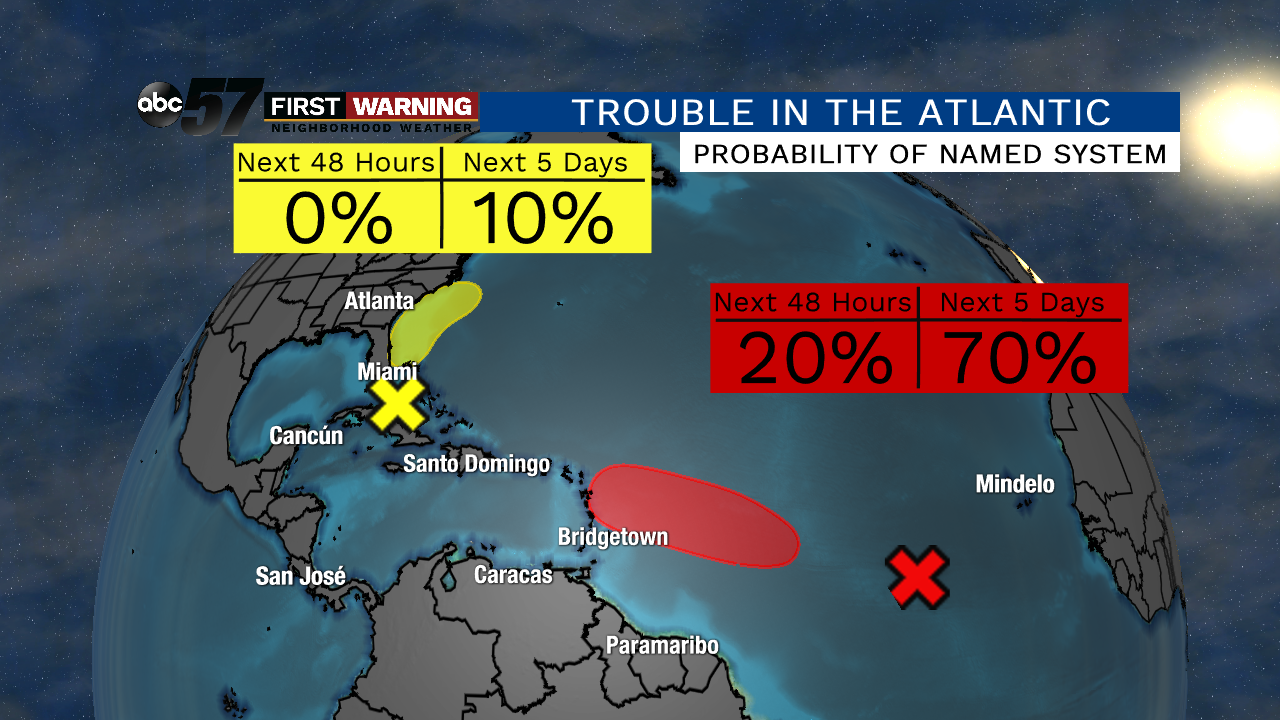 It will likely merge with a cold front and accelerate northeastward away from the U.S. East Coast.

The more concerning area is located in the middle of the Atlantic Ocean. A broad area of low pressure has continued producing a large area of disorganized showers and thunderstorms, according to the NHC. 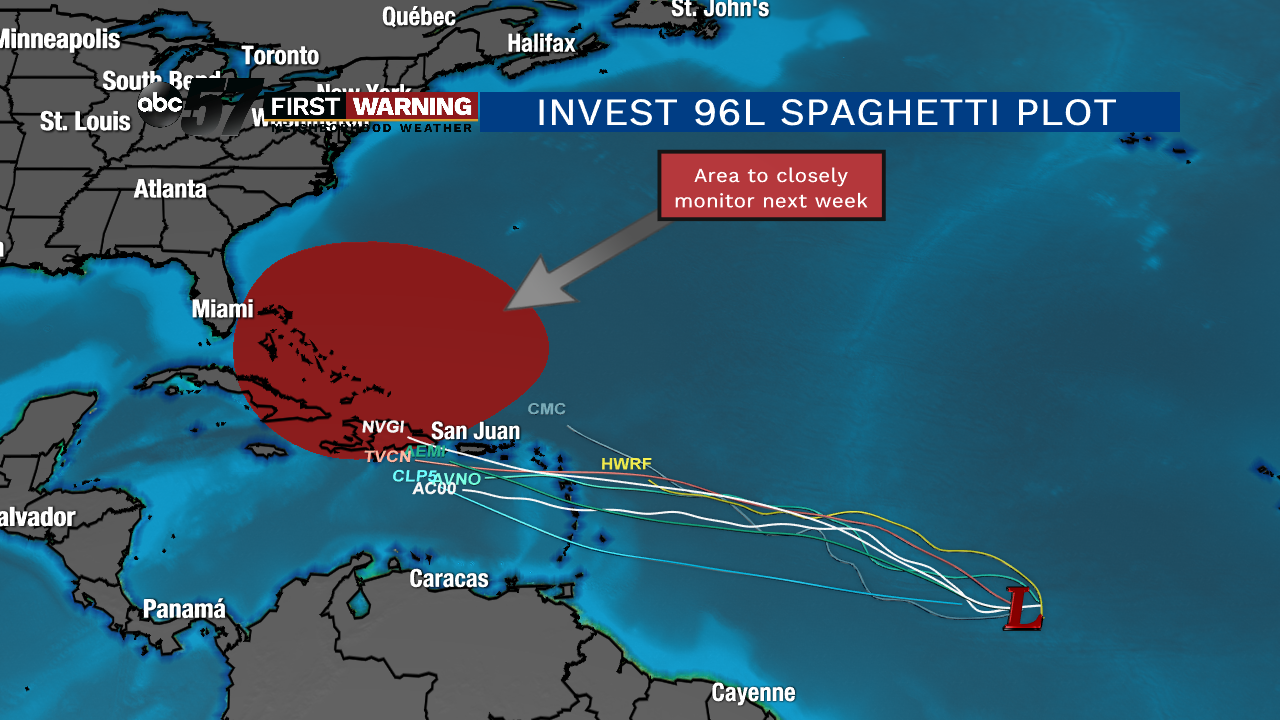 That low has a 70% chance of becoming a tropical depression over the weekend as it heads west northwest toward the Caribbean.

While it is not a guarantee, there is a pretty good chance that this system will become Tropical Storm or perhaps Hurricane Chantal by Sunday or Monday.

Once the system enters the eastern Caribbean, we will have to watch it closely as interaction with the United States is possible by the middle of next week. It will all come down to its eventual path, an area of high pressure to its north and how strong it can become.

If the system strengthens enough and stays far enough south, the chances of potentially significant impacts to the U.S. will increase. We will continue watching this here at ABC 57.