Truck crashes into gas line, officials describe it as an 'explosion' and fire 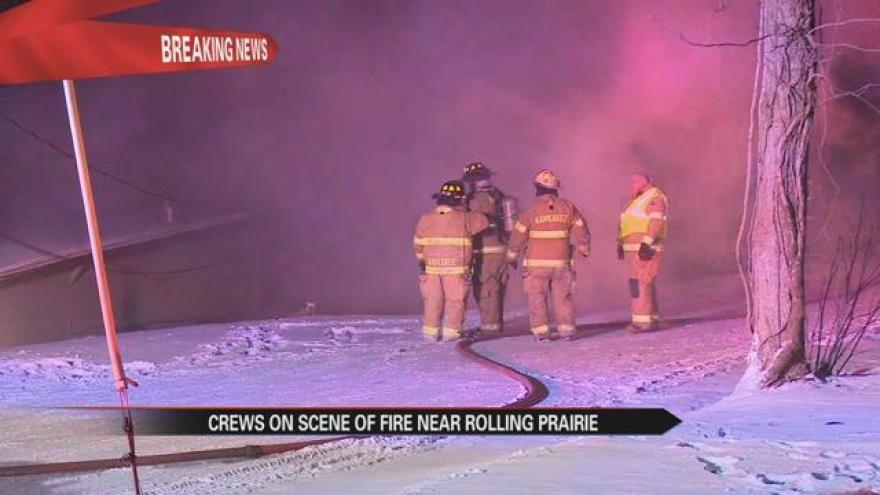 Emergency crews responded to the scene of what officials described as a house and vehicle 'explosion' and fire in LaPorte County near Saugany Lake late Thursday night.

Crews say a pickup truck lost control going southbound on E 600 N and crashed into the gas line of a house, causing the fire.

According to sources, the truck landed on top of the gas meter, making NIPSCO unable to get to the gas line.

Crews would be forced to dig through the ground to access the line.

Initial reports said there was no one in the home at the time, however officials confirmed two people were in the house at the time of the explosion.

The two people who were in the home along with their dog, rent the house and were shaken up but not injured.

Remarkably, the driver of the truck walked away without any injuries.